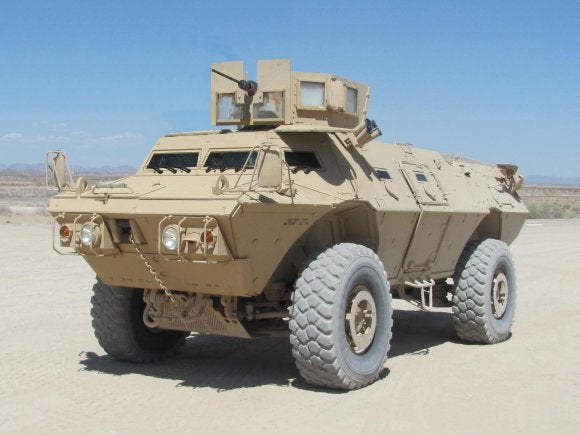 The US Army Contracting Command (ACC) has awarded a third contract option to Textron Marine and Land Systems (TM&L Systems) for the delivery of additional mobile strike force vehicles (MSFVs) to the Afghanistan National Army (ANA).

Textron was originally awarded a contract for full-rate production of 240 MSFVs, along with associated support equipment, spare parts, field service representatives, and training to the ANA in May 2011.

Manufacturing work under the new contract will be carried out at the company’s New Orleans facility; and the vehicles will be delivered before the end of October 2013.

An initial batch of 58 MSFVs under the previous contract was shipped to Afghanistan in February to support new equipment training of the first ANA battalion the following month.

The battalion has completed initial training and is now currently undergoing mounted and dismounted tactics training with Nato forces.

TM&LS senior vice president and general manager Tom Walmsley said that the company, along with the US Army’s product manager Armored Security Vehicles, have developed, tested, manufactured and started vehicle deliveries to the ANA in less than two years.

"This level of cooperation has enabled our team to quickly and efficiently produce more than 200 MSFVs to date, field the first ANA Kandak, and prepare the next Kandak to train on its fleet of vehicles."

"This level of cooperation has enabled our team to quickly and efficiently produce more than 200 MSFVs to date, field the first ANA Kandak, and prepare the next Kandak to train on its fleet of vehicles," Walmsley added.

The company also developed 18 test MSFVs and 41 low-rate initial production vehicles in 2011, bringing the number to a total of 499 vehicles ordered to date.

Based on the TM&L Systems’ M1117 Guardian armoured security vehicle (ASV), the MSFV is being developed in three variants, including an armoured personnel carrier (APC) with gunner’s protective kit, an APC with enclosed turret, and an armoured ambulance.

The vehicles are intended to provide ANA with quick reaction force capability, following the strategic withdrawal of the US combat forces from Afghanistan by the end of 2014.