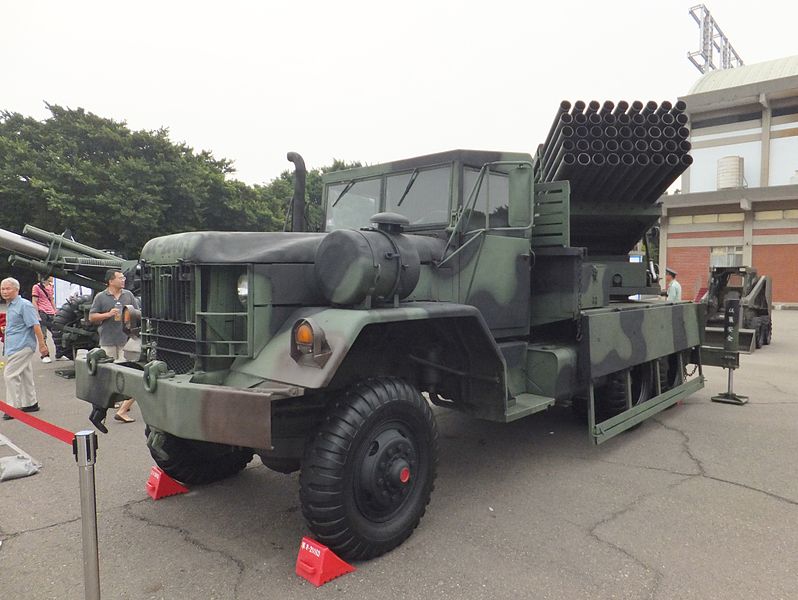 The Taiwanese Army is set to take delivery of an artillery multiple-launch rocket system (AMLRS) called Ray Ting 2000 next month, which was built in the country, to help replace its existing Kung Feng VI 117mm rocket system.

Also called the Thunder 2000, the MLRS has been produced by military research unit Chungshan Institute of Science and Technology (CSIST), with the aim of neutralising enemy amphibious landing capabilities, and is scheduled to enter operational service in August, reports the Liberty Times.

An undisclosed military official was quoted by the newspaper as saying that the service would now focus on upgrading its anti-landing capabilities after it is armed with the new weapons.

Under development since 1997, the Ray Ting 2000 is a modular, truck-mounted, multi-barrel MLRS, designed to provide quick-fire against amphibious assault landings and also enhance the firepower of conventional tube artillery.

"The system is capable of launching 40 rockets a minute, with a range of 28 miles, and requires only eight minutes to become combat-ready."

Operating from an M977 Heavy Expanded Mobility Tactical Truck (HEMTT), the system is capable of launching 40 rockets a minute, with a range of 28 miles, and requires only eight minutes to become combat-ready, less than half the time used by the current MLRS to position itself.

The launcher features an automatic fire control system, a control system of elevation and azimuth, as well as a GPS to determine position and direction, providing rockets with a circular error probable of less than 1% of the target.

The MoD is currently planning to manufacture more than 50 systems at cost of TWD15.5bn ($483m), as reported locally.

Army Expenditure in the Thailand to 2019: Market Brief

Chungshan Institute of Science and Technology