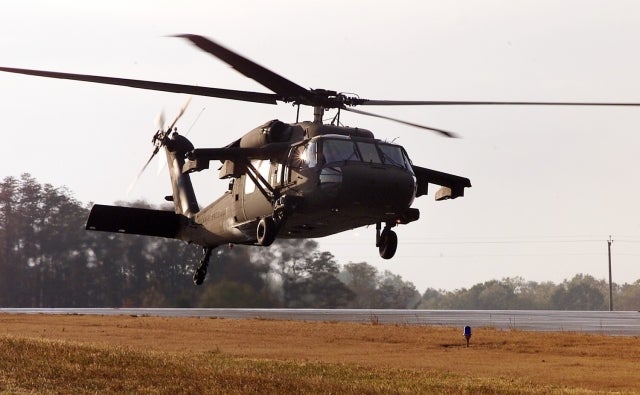 L-3 Link Simulation & Training (L-3 Link) has been awarded a contract for production and delivery of the UH-60M Black Hawk operational flight trainers (OFTs) to the Taiwan Army.

Awarded by the US Army’s Program Executive Office for Simulation, Training and Instrumentation (PEO STRI) as part of a letter of agreement (LOA) signed with Taiwan, the contract covers supply of two UH-60M OFTs similar to those used on the US Army’s Flight School XXI programme.

"The delivery of the OFTs will enable the Taiwan Army to conduct pilot training commensurate with the US Army’s Flight School XXI training capability," Genna said.

The company also secured a one-year contract, with a one-year option, for provision of contractor logistics support for maintenance of the UH-60M simulators and support equipment.

"The delivery of the OFTs will enable the Taiwan Army to conduct pilot training commensurate with the US Army’s Flight School XXI training capability."

Moving on a six-degree-of-freedom electric motion system, each trainer can accurately simulate the helicopter’s subsystems, such as engines, electrical, hydraulic, navigation and communications systems, as well as survivability equipment.

The first UH-60M OFT is scheduled to become training ready in late 2014 as the army begins to take deliveries of initial UH-60M helicopters, whereas the second simulator will commence pilot training during the first quarter of 2015.

The Taiwan Army’s Shinshou Training Facility will host the first simulator, while the second trainer’s location has yet to disclosed.

Image: A US Army’s UH-60M Black Hawk helicopter during its flight. Photo: courtesy of Sikorsky.

The Military Aircraft Market in Saudi Arabia to 2025: Market Brief