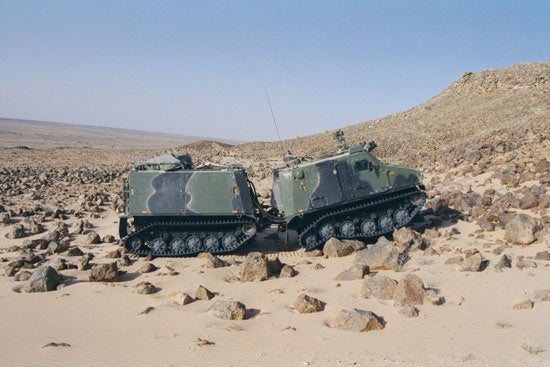 The Skr700m (€77m) contract includes support and training equipment as well as options for the purchase of an additional 127 vehicles. The decision to procure the vehicles was taken in 2010 by The Swedish Government, which received two competitive bids for the contract.

The vehicle met armed forces requirements, such as operation in rugged terrain including deep snow, mud, sand and crew protection against enemy fire and mines, as well as convenience for repair and maintenance. All 48 vehicles will be delivered under a single batch, which includes 19 armoured personnel carriers (APCs) and ten ambulance vehicles to carry up to two stretchers.

The contract also includes 17 logistics vehicles capable of carrying the artillery-locating radar Arthur or a radio link module, as well as two command and control vehicles equipped with a command and control system. Based on the Bv206S armoured vehicle, the BvS10 is equipped with V-shaped hulls and is designed to provide all-round crew protection against small-calibre munitions, rocket-propelled grenades and mines.

Depending upon the variant, the vehicle is equipped with either a 12.7mm or 7.62mm-calibre machine gun for self-defence and can accommodate 11 FELIN-equipped soldiers along with their individual squad weapons and equipment. The BvS10 can operate in extreme temperatures ranging from -46°C to +49°C and is air-transportable by the C-130 Hercules and C-17 Globemaster III aircraft.

Deliveries will commence in late 2012 followed by initial operational capability in 2013. The vehicles are also in service with the Dutch, French and British armed forces.