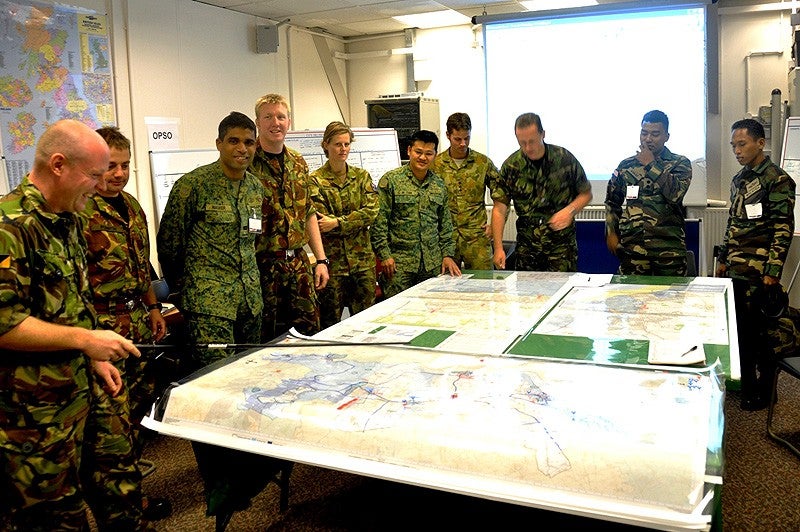 The Australian Army’s 17th Combat Service Support Brigade (17 CSS Bde)-hosted drill intends to enhance interoperability with the armed forces of Malaysia, New Zealand, Singapore and the UK under the FPDA.

Calling the exercise an important preparation for future disaster relief missions, 17 CSS Bde Chief of Staff and Exercise Suman Warrior commander colonel Ed Smeaton said the scenario is based on a military response to a cyclone which has caused destruction to the Australian mainland and is representative of a natural disaster in the region.

”Military officers from each FPDA nation will plan support to a relief operation as part of a combined joint interagency task force,” Smeaton said.

"The scenario is based on a military response to a cyclone which has caused destruction to the Australian mainland."

”Australia, the UK, New Zealand, Malaysia and Singapore share common interest in the security and stability of the region. Exercises such as Suman Warrior prepare us to work together to keep the region safe.”

Scheduled to run until 25 October 2013 at Lavarack Barracks, the land exercise will also witness participation and support from Townsville government authorities, as well as local and district disaster management agencies.

Smeaton said: ”These agencies will be engaged in response planning and will provide expert support through disaster recovery experience briefs which demonstrate their capabilities.”

Established in 1971, the FPDA serves as crucial forum for promotion of dialogue and interoperability.

Image: FPDA armies personnel working together during the 2011 Suman Warrior exercise in UK. Photo: copyright of the government of Singapore.