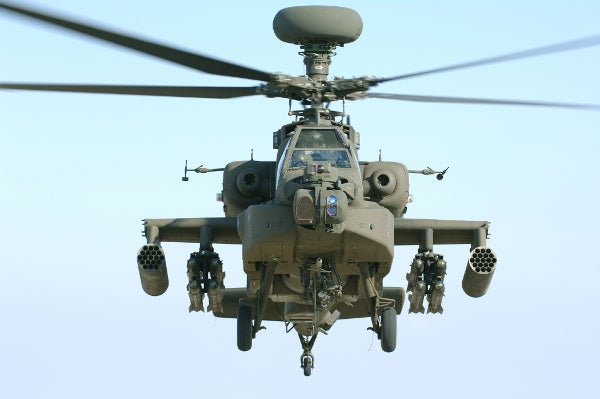 Longbow has been awarded a contract for supply of Longbow’s fire control radars (FCRs) for installation on the South Korean Army’s AH-64E Apache attack helicopter.

Awarded through the US foreign military sales (FMS) channel, the $51m contract makes South Korea the tenth international customer for Longbow systems, and covers delivery of a total of six Longbow FCR systems, along with spare parts and in-country support to South Korea.

Longbow is a joint venture between Lockheed Martin and Northrop Grumman.

Northrop Grumman land and self protection systems division tactical sensor solutions-aviation business unit director, Mike Galletti, said: "The Longbow FCR team will provide the Republic of Korea with a product that promotes greater regional security and provides soldiers with the highest level of protection, while increasing the international Apache footprint."

"They will provide Republic of Korea Apache pilots with increased situational awareness, survivability and lethality."

Under full-rate production since 1996, Longbow FCR is designed to provide Apache aircrews with detection, location, classification and prioritisation of multiple moving and stationary targets on land, water and in the air, in all weather conditions from stand off ranges.

Production under the contract is scheduled to continue through 2016, with FCR assembly taking place at Lockheed’s two facilities in Florida, and Northrop’s facility in Maryland, US.

The Republic of Korea (ROK) Army had ordered 36 AH-64E Apache helicopters along with training and logistical support to enhance its aerial firepower under a KRW1.8trn ($1.6bn) deal from Boeing in April this year.