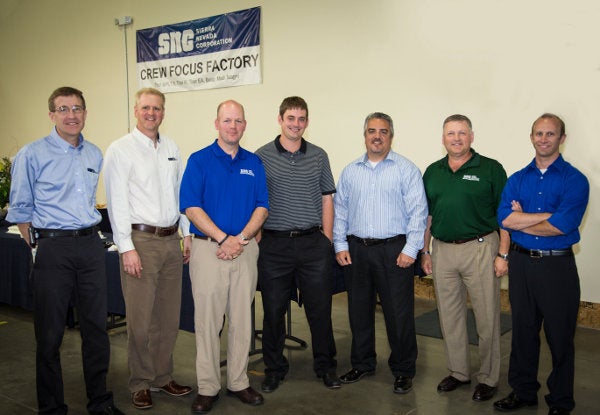 Accomplished in eight months, the deliveries form part of a $56.5m contract awarded by the Army Contracting Command (ACC) to SNC for production and supply of a total of 3,900 ICREW systems to the army in December 2012.

SNC Electronic Warfare and Range Instrumentation corporate vice-president Paul Plemmons said the company was honoured to collaborate with the army for delivery of solutions to safeguard troops’ lives.

"SNC’s lightweight, counter-RCIED systems provide the dismounted soldier the confidence and protection to manoeuvre in an RCIED environment."

"SNC’s lightweight, counter-RCIED systems provide the dismounted soldier the confidence and protection to manoeuvre in an RCIED environment," Plemmons said.

Also called Baldr, the ICREW system is worn by a dismounted soldier to create an effective zone of individual protection against a broad spectrum of RCIED threats during ground operations in the battlefield.

Weighing 8.9lb, the portable systems are typically mounted onboard armoured tracked/wheeled vehicles for jamming of radio signals that cause explosion of RCIEDs.

The systems have been designed, developed and manufactured by SNC’s Electronic Warfare and Range (EWR) Instrumentation business in collaboration with associates, including Microboard Processing and Aethercomm, at its manufacturing facilities in California and Nevada.