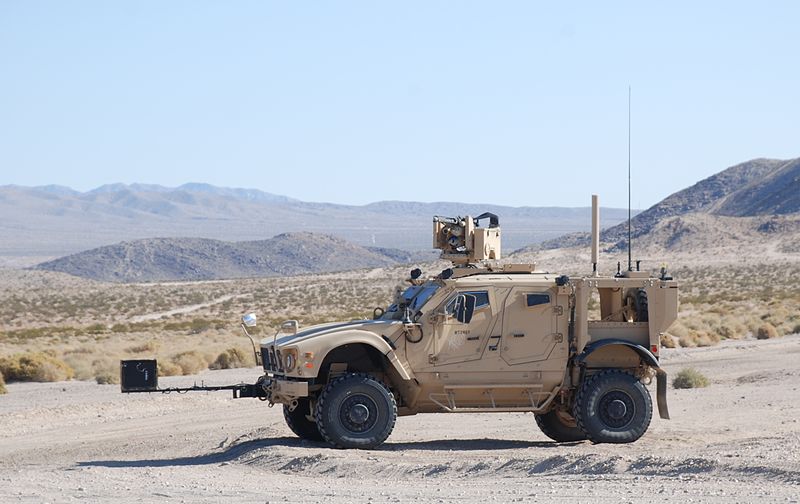 SKYDEX Technologies has introduced Convoy Deck Max, an advanced blast protective flooring, designed for use in a wide range of armoured military vehicles.

Using the company’s new advanced blast mitigating technology, e-max, the Convoy Deck Max is an improved version of the existing solution, and is designed to safeguard soldiers inside combat vehicles during attacks from improvised explosive devices (IEDs).

SKYDEX president and CEO Mike Buchen said that Convoy Deck Max represented the company’s progress in vehicle decking as it is stronger, thinner and scalable.

"Convoy Deck Max absorbs a greater amount of energy caused by violent forces or explosions because the e-max hemispheres are interlocked."

"At SKYDEX, we are constantly seeking ways to improve our products, with the goal of improving survivability for our warriors in military vehicles, whether they’re on combat missions or on security patrols," Buchen added.

Compared with Convoy Deck, the new product is capable of absorbing additional 127% floor velocity to further enhance survivability of the vehicle occupants, and can also be scaled to meet the threat level for the vehicle it will be installed in.

According to the company, the anti-fungal flooring is available in 1.25in, 1.75in and 2.25in variants, which absorb greater amounts of blast energy at each thickness level, in a bid to support low to high-threat level missions.

Convoy Deck Max absorbs a greater amount of energy caused by violent forces or explosions because the e-max hemispheres are interlocked, as opposed to Convoy Deck’s conventional SKYDEX twin-hemispheres, which are placed tip-to-tip inside the vehicle.

The Convoy Deck mitigating flooring is currently used in the US Armed Forces’ armoured vehicles, such as the mine Resistant Ambush Protected (MRAP) and MRAP All-Terrain Vehicles (M-ATVs).