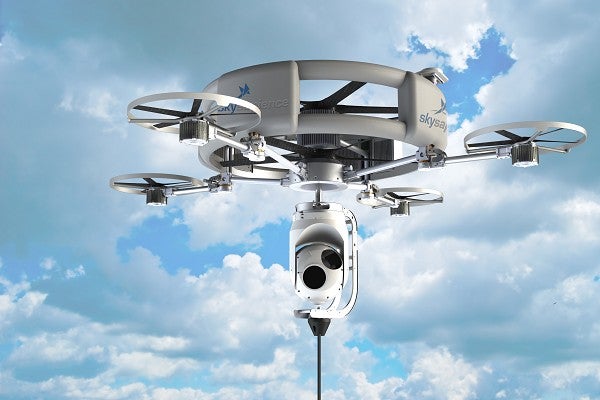 The Israel Defense Forces’ (IDF) ground forces command has taken delivery of the upgraded Hovermast-100 tethered hovering system from Sky Sapience, during a ceremony at the company’s experiment facility in Israel.

Sky Sapience CEO and founder brigadier general, Gabriel Shachor, said the company is confident that IDF will find HoverMast an invaluable tool for its intelligence gathering and surveillance (ISR) missions, and will place further orders in the future.

"With the completion of our in-house production facility due in a few months, Sky Sapience will begin supplying HoverMast products to its international customer base," Shachor said.

Hovermast-100 is an advanced, lightweight and tethered hovering platform manufactured by the company to address Israel Ministry of Defence’s (IMOD) ISR requirements over the last two years.

"Hovermast-100 is an advanced, lightweight and tethered hovering platform."

The system is especially suited for special forces, border and port protection, and infantry missions due to its ability to mount on an array of vehicles, including small pick-up trucks and unmanned ground or surface vehicles (UGV/USV).

Capable of deploying autonomously at the click of a button, the tethered system can also be configured for a broad spectrum of urban missions, such as urban warfare and law enforcement, apart from other industrial, civilian and homeland security operations.

Capable of relaying gathered mission critical data through its wide band communication link to selected recipients in real time, the system can carry a payload of up to 6kg, such as electro-optic sensors, laser designators, radars, advanced communications intelligence (COMINT) and electronic intelligence (ELINT) systems.

The system was initially launched by the company at the Association for Unmanned Vehicle Systems International (AUVSI)conference and exhibition in Tel-Aviv, Isarel in 2012.