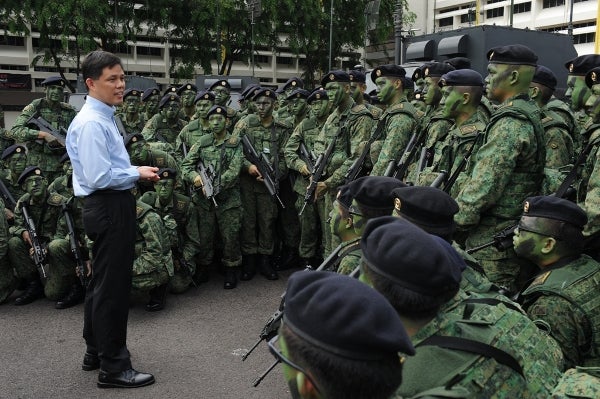 "These enhancements allow our forces to manoeuvre with greater precision and concentrate their fire-power with heightened accuracy," Sing said.

The upgraded WAC system is made up of a Ku-Band Satellite Communications (SATCOM) system and Digitised Trunk Communications System (D-TCS), which is capable of linking fighting forces to the command headquarters through a high bandwidth data network in the battlefield.

"These enhancements allow our forces to manoeuvre with greater precision and concentrate their fire-power with heightened accuracy."

As well as enabling sharing of data and files in real-time, the high speed networking also allows soldiers to engage in video-conferencing, transmit and receive high-resolution videos and photos.

Chief signal officer colonel Foo Khee Loon said the high-bandwidth network provided by the D-TCS would enable ACMS to transmit majority of information from the tactical edge, over a wide area, and back to the command post.

"We have better situational awareness of the battlefield, and we’re able to effect a faster and more precise response," he said.

The Ku-Band satcom system is readily deployable and can transfer data at a higher rate compared with previous satcom systems, to better support SAF’s local training, coordination and administration of overseas exercises, as well as humanitarian assistance and disaster relief and peace support operations.