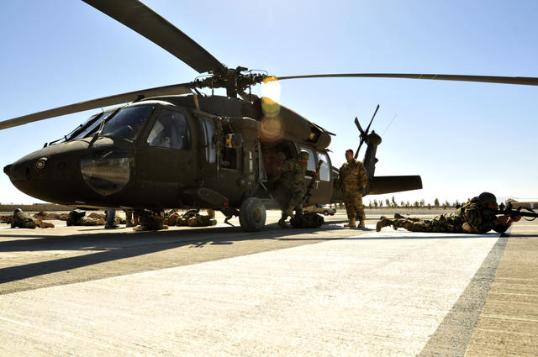 Sikorsky Aircraft has signed a long-term agreement with CPI Aerostructures for the production of fuel panel assemblies for the UH-60 Black Hawk multi-mission helicopter.

Valued at $47m, the agreement requires the company to execute all manufacturing tasks for fuel panel assemblies, including procurement of all detail parts and components, as well as management of the supply chain.

The company will continue fuel panels production on an outsource basis until the agreement goes into full production during the third quarter of 2013.

CPI Aero has been under contract with Sikorsky for the assembly of the Black Hawk fuel panels, using components supplied by Sikorsky itself, since 2010.

More than 350 fuel panels have been supplied to date by the company, in support of the Black Hawk production line.

"CPI Aero has been under contract with Sikorsky for the assembly of the Black Hawk fuel panels since 2010."

More than 3,000 Black Hawk helicopters are currently operational with 29 countries worldwide, including the US, Argentine, Australian, Brazilian, Colombian, Greek, Japanese, South Korean, Saudi Thai, Philippine and the Spanish militaries amongst others.

Black Hawks have been extensively used in combat during conflicts in Grenada, Panama, Iraq, Somalia, the Balkans, Afghanistan, as well as other areas in the Middle East.

Work under the agreement is scheduled to be carried out over the next five years.

The Military Rotorcraft Market in Algeria to 2025: Market Brief