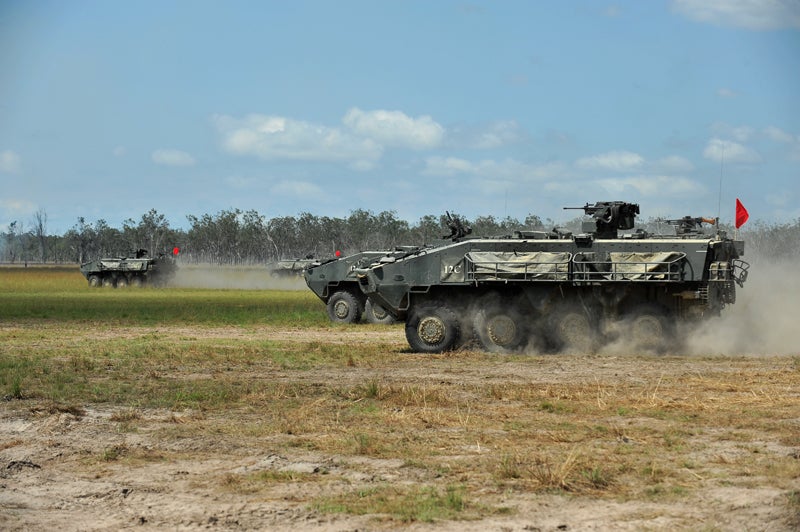 During the exercise, soldiers used their new Terrex infantry carrier vehicle (ICV) to evaluate its mobility and system reliability, and also practised dismounted attacks, helicopter insertion and combat operations in a built-up area.

"The vast training space allows the Terrex ICVs to manoeuvre long distances and conduct live-firing at the battalion level with various land and air platforms."

"The vast training space allows the Terrex ICVs to manoeuvre long distances and conduct live-firing at the battalion level with various land and air platforms," Lim added. "This is something we're unable to do back home due to space limitation."

The battalion was scheduled to conclude training with an integrated live-firing drill, during which the Terrex ICV will be operated alongside other ground and air assets for the first time, such as Leopard 2SG main battle tanks (MBTs), Skyblade III mini-unmanned aerial vehicles (UAV) and AH-64D Apache attack helicopters.

Running from 22 September to 24 November, Exercise Wallaby is one of the biggest unilateral battalion training drills featuring more than 4,300 SAF personnel and 350 platforms.