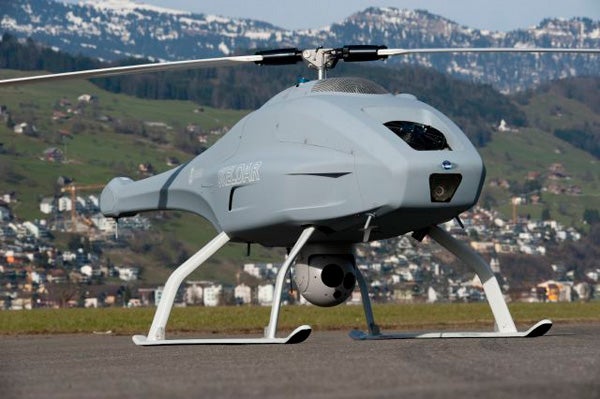 Saab has successfully conducted flight testing of the Skeldar V-200 vertical lift unmanned aircraft system (UAS) in an effort to demonstrate its critical capabilities at various sites across Sweden and the US.

Carried out primarily to demonstrate land and sea-based operations of the UAS during both day and night conditions, the flight testing fully validated its convoy shadowing, use of electro-optical/infrared (EO/IR) sensor, as well as precision landing capabilities.

The upgraded next-generation variant of the original design aviation fuel engine has been delivered and cleared for flight testing, according to the company, which also conducted several customer demonstration flights of the UAS.

"The combination provides a true multi-mission capability for the Skeldar V-200 and a flexibility that enables the customer to successfully meet their mission objectives on land or at sea."

Saab Tactical UAS product area director Mikael Franzen said: "The combination of two alternative engine types, a modular payload design, and the ability to incorporate and utilise a variety of data link systems, provides a true multi-mission capability for the Skeldar V-200 and a flexibility that enables the customer to successfully meet their mission objectives on land or at sea," Franzen said.

The built-in safety functionality of the Skeldar V-200 system confirmed contingency behaviours in an event of link loss, including autonomous navigation in accordance to predefined parameters, as well as auto landing and shutdown during flight tests.