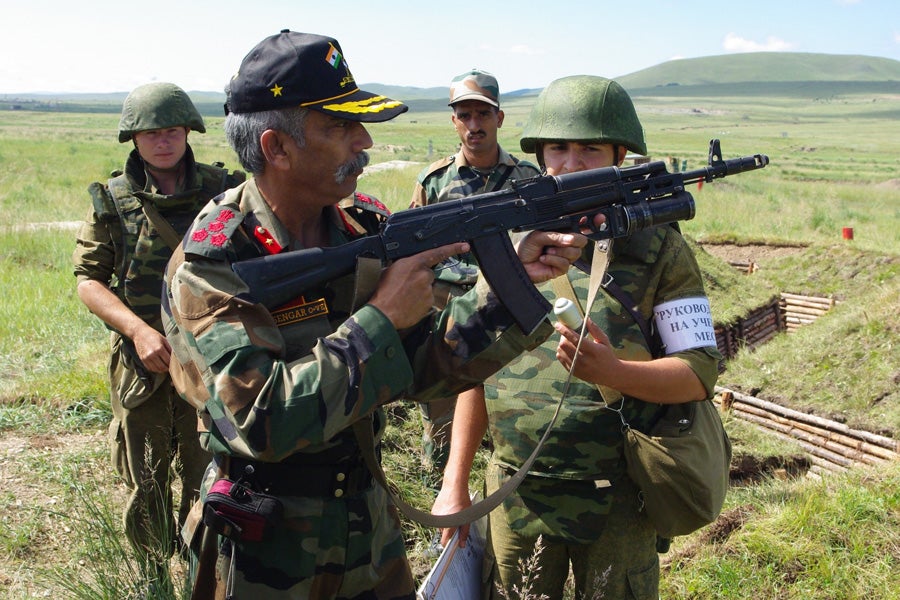 Gordeyev was quoted by RIA Novosti as saying that the exercise will feature about 250 paratroopers from an air assault brigade based in the Republic of Buryatia and same number of soldiers from the Indian armed forces.

''During the drills, Russian servicemen will use military hardware T-72 main battle tanks and BMP-2 infantry fighting vehicles and ammunition supplied by the Indian side,'' Gordeyev said.

Scheduled to be carried out from 18 to 28 October, the exercise aims to train soldiers in joint planning and execution of anti-terrorist missions, including searching for, blocking and neutralising illegal armed formations, in semi-desert environment.

"The exercise will feature about 250 paratroopers from an air assault brigade based in the Republic of Buryatia."

Gordeyev was also quoted by ITAR-TASS as saying that the Russian paratroopers will use different calibre ammunition during the active phase of the exercise.

A battalion-level exercise, Indra is aimed at enhancing defence cooperation and interoperability, as well as strengthening military-to-military relations between the two armies.

Six Indra series joint ground and naval exercises have been carried out by Indian and Russian militaries since 2003, with the last drill being held between the two countries' army units at a training range in the Siberian republic of Buryatia in August 2012.

Involving over 500 servicemen from the two countries' mechanised heavy combat groups, INDRA 2012 trained personnel for counter-insurgency (COIN) tasks required for elimination of terrorist and insurgent groups, as well as reconnaissance and search missions.

Image: Indian and Russian soldiers prepare for INDRA-2012 exercise in Buryatia. Photo: copyright of Ministry of Defence of the Russian Federation.