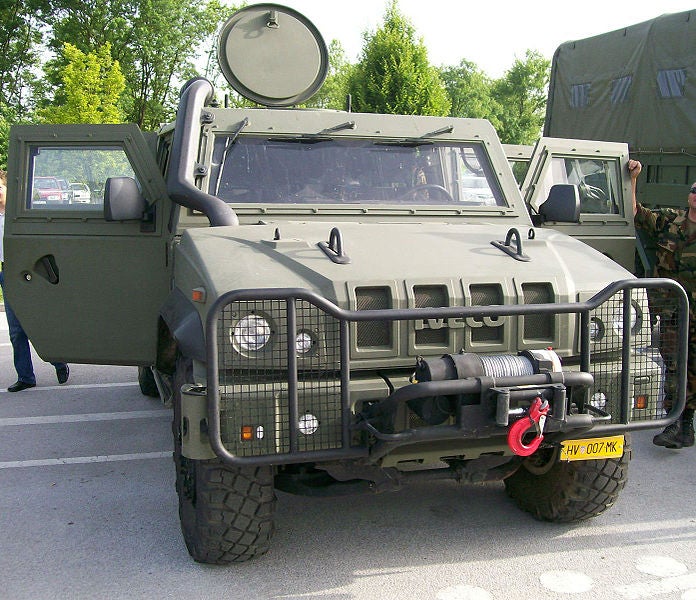 The Russian Armed Forces will receive the first batch of 57 Italian Lynx light multirole armoured vehicles (LMVs) under contract from Iveco Defense Vehicles by the end of 2012.

Russian Defence Ministry press secretary Irina Kovalchuk was quoted by RIA Novosti as saying that the vehicles will primarily be delivered to the Southern Military District.

The ministry signed a $24m contract with Iveco in December 2011 to purchase a total of 60 vehicles including the semi-knocked down assembly in the central Russian city of Voronezh, following deliveries.

The contract was awarded based on the comparative testing on four vehicles previously purchased from the company in December 2011 to check driving performance and resistance to landmines.

Localisation of production at the Voronezh plant is currently 10% and is expected to reach 50% by 2014, Kovalchuk added.

Iveco formed a joint venture with Russian state-holder KAMAZ in 2011 for domestic manufacture of new vehicles and for the assembly of 2,500 vehicles.

Powered by an Iveco F1D Common Rail diesel engine, the LMV M65 Lynx is a four-wheel-drive multirole armoured vehicle designed primarily for strategic and tactical mobility with a high level of protection against anti-tank and anti-personnel mines.

The vehicles can be used for diverse military tasks, ranging from patrolling and escorting to commanding and liaisons, and also for casualty evacuation operations.

The 6.5t vehicle is capable of carrying up to five soldiers and can be fitted with a remote controlled weapon system (RCWS), which can be equipped with 12.7mm-calibre weapons and large weapons systems including air-defence missiles.

Lynx LMVs are used by the armies of Italy, the UK, Spain, Croatia, Belgium, the Czech Republic, Austria and Norway for missions in Iraq, Afghanistan, and other Nato missions abroad.