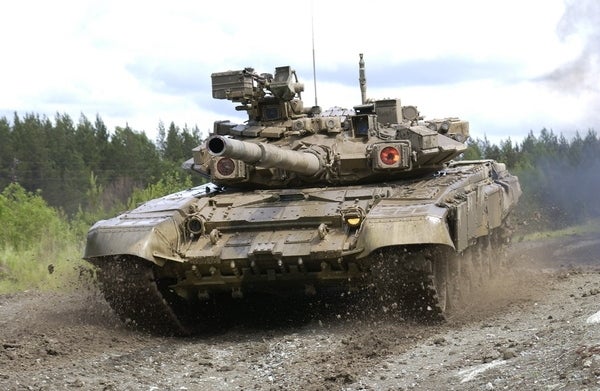 The contracts, worth a combined $500m, were signed in 2011 under which Algeria has agreed to purchase 120 of the combat vehicles, while Turkmenistan will receive 30 tanks.

The contract with Algeria is part of a package of contracts worth $1bn signed in 2009 and 2010, during the Arab Spring protests in Algeria’s neighbouring countries including Egypt, Tunisia and Libya.

The sales come shortly after senior army officers suggested that Russia search for new international customers for its arms industry, because of declining Chinese demand for Russian weapons.

Based on the Russian T-72 tank, the T-90 is a third-generation MBT featuring a 125mm 2A46 smoothbore tank gun, 1G46 gunner sights, new engine, thermal sights and a ‘three-tiered’ armour system for protection against conventional and ballistic threats.

However, the tanks were dubbed as being of too poor quality by the Russian military’s chief of staff in 2011, who said the nation would be better served by spending the same amount of money on purchase of three German Leopard 2 tanks for the price of one T-90.

Russia has supplied the tanks to India, Uganda and Kazakhstan and is also discussing the sale of the T-90s with several potential customers including Saudi Arabia, Syria, Cyprus, Libya and Lebanon.