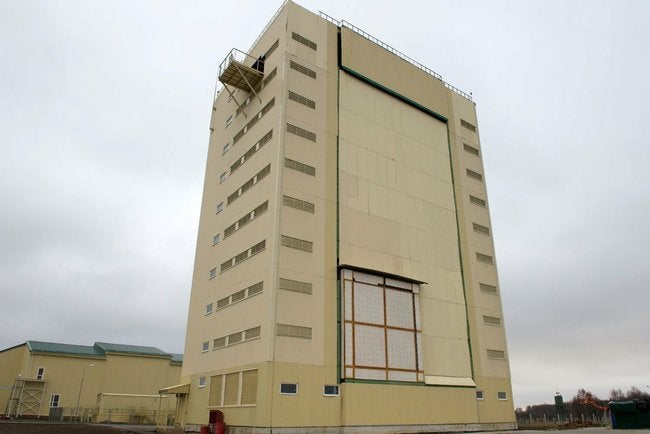 Russia is set to deploy a new Voronezh-DM class anti-missile radar system on combat duty near Armavir in the southern Krasnodar region in early 2013, Russian President Vladimir Putin has announced.

Putin was quoted by RIA Novosti when addressing a meeting in the Kremlin.

"The radar will monitor the Russian airspace in the southern strategic vector," he said.

Representing one of four new-generation Voronezh-class radars manufactured by Moscow in recent years, the new Armavir radar is set to replace the Gabala station, which was leased from Azerbaijan for ten years, as part of an agreement signed in 2002.

The leasing agreement expired on 24 December 2012, and is not scheduled to be renewed by the Russian Army contrary to previous reports, which claimed that the lease could be prolonged until 2025.

"The radar will monitor the Russian airspace in the southern strategic vector."

A third Voronezh-DM class radar was deployed on combat duty in the westernmost exclave of Kaliningrad in November 2011, and is widely considered to be Moscow’s response to the proposed deployment of US-led Nato anti-missile defence (AMD) shield in Europe.

The Russian Defence Ministry is planning to start development of two new radars in east Siberia’s Krasnoyarsk Territory and in the south Siberian Altai Republic in 2013, as part of an effort to enhance its missile early warning system capabilities.

With a range of 6,000km, the new generation Voronezh DM class radars are capable of monitoring ballistic and cruise missile launches from the North Atlantic region.