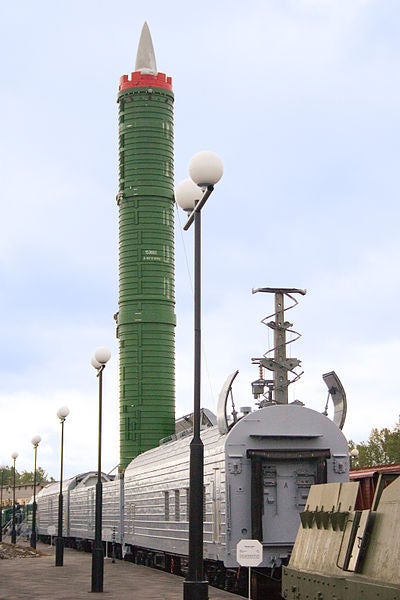 Borisov was quoted by RIA Novosti as saying that a research and development programme for ICBM production has been initiated by the Moscow Institute of Thermal Technology and is currently in preliminary stages.

Without disclosing the programme’s duration, Borisov noted that the total project cost was yet to be determined by the MoD.

However, an undisclosed senior MoD official told the news agency in December 2012 that the ICBM prototypes were likely to be deployed by 2020.

“A research and development programme for ICBM production has been initiated by the Moscow Institute of Thermal Technology and is currently in preliminary stages."

Using domestically manufactured components, the new systems are expected to weigh less than the decommissioned Soviet-era built ICBMs and can be fitted into one railway carriage.

The systems also complicated counter-strike manoeuvres, as the missiles were mounted on trains instead of stationary launchers, in an effort to make their detection and destruction more difficult.

Moscow had a total of 12 ICBMs in its inventory by 1991, and the last was dismantled in 2007, as part of the bilateral Strategic Arms Reduction Treaty II (START II) signed with the US for the reduction and limitation of strategic offensive arms in January 1993.

Agreed in 2010, the treaty’s successor, START III, does not forbid the development of rail-mobile ICBM systems.