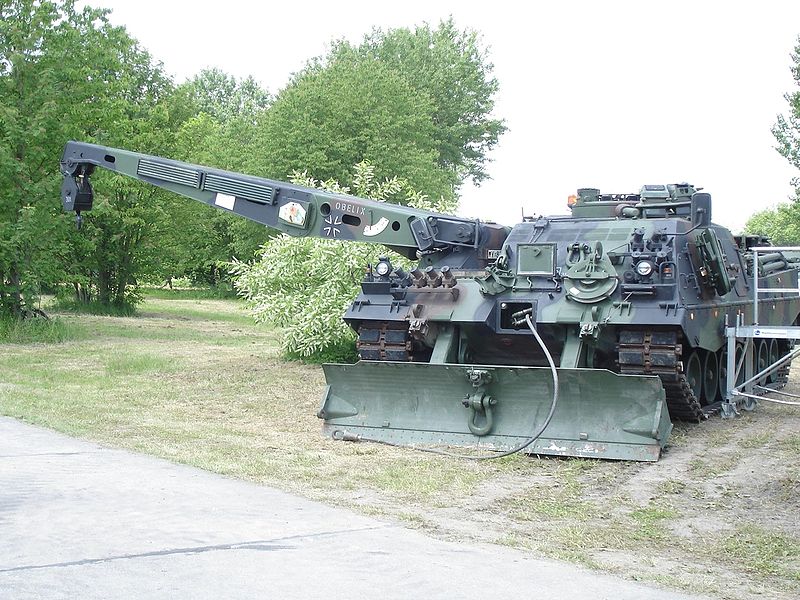 Rheinmetall Defence has been awarded a contract to supply Bergepanzer 3 Buffalo armoured recovery vehicles (ARVs) and associated training support to the Canadian Army for use in Afghanistan.

Under the C$54.7m contract, the company will modify Leopard 2 main battle tank (MBT) chassis provided by the army into Buffalo ARVs and will also add advanced force protection features to help troops in Afghanistan.

The army has been operating Leopard 2 battle tanks with Buffalo ARVs procured from German Army and later modified by Rheinmetall prior to deployment in Afghanistan since 2007.

Based on the Leopard 2 MBT chassis, the Bueffel ARV uses the same MTU MB 873 diesel engine and is designed to recover disabled tanks and conduct maintenance and repair work under field conditions.

The vehicle has a bulldozer and a hydraulic crane system with integral winch to enable it to approach damaged tracked vehicles and bring them back to base for repairs.

Additional features include a dozer or support blade at the front to stabilise the ARV during winching or crane operations, a 7.62mm MG3 machine gun for local self-defence, 70mm smoke grenade launchers, NBC protection and a suspension lockout system.

Currently, the vehicles are also in service in Germany, the Netherlands, Austria, Greece, Singapore, Spain, Sweden and Switzerland.

Work will be carried out at the company's Kiel and Kassel facilities in Germany as well as in collaboration with its subsidiary, Rheinmetall Canada, and other Canadian companies.

The research and development work on the vehicles will be performed at Kiel, with series production in Kassel, followed by deliveries from 2013 to 2014.