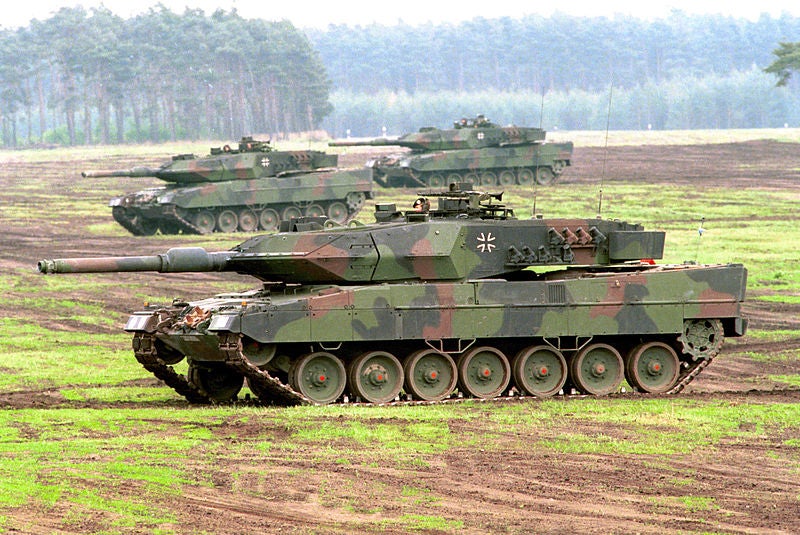 Rheinmetall Group has received a contract from the Indonesian Ministry of Defence (MoD) for supply of tracked armoured vehicles, logistical support and ammunition to the national army.

Under the €216m contract, the company will deliver a total of 103 overhauled and modernised Leopard 2 main battle tanks (MBTs), along with 42 upgraded Marder 1A3 infantry fighting vehicles (IFVs), and 11 various armoured recovery and engineering vehicles.

The contract reflects Indonesia’s requirement to modernise its ability to respond to potential threats to its territorial integrity.

In addition, the country also needs equipment that corresponds to the military standards of its partner nations, so as to participate in UN peacekeeping and peace enforcement missions.

The contract was originally signed in December 2012, and comes into full force after the successful completion of all legal formalities, making Indonesia the 18th Leopard 2 MBT user nation, according to the company.

“The contract reflects Indonesia’s requirement to modernise its ability to respond to potential threats to its territorial integrity.”

Indonesia initially planned Lepoard 2 tanks purchase from the Netherlands, but failed to finalise the contract due to strong opposition from the Dutch legislators, in the wake of the country’s rampant human rights violations across the archipelago, especially in Papua New Guinea.

Manufactured by Krauss-Maffei Wegmann (KMW), the Leopard 2 is a successor to the Leopard 1 MBT, and is designed to engage moving targets while moving over rough terrain.

Equipped with digital fire control systems with laser rangefinders, a fully stabilised main gun and coaxial machine gun, and advanced night vision and sighting equipment, various Leopard 2 variants are currently operational with the armed forces of Germany and other European and non-European nations.

Deliveries under the contract are scheduled to take place progressively during 2014-2016.

The Armored and Counter IED Vehicles Market in South Africa to 2024: Market Brief