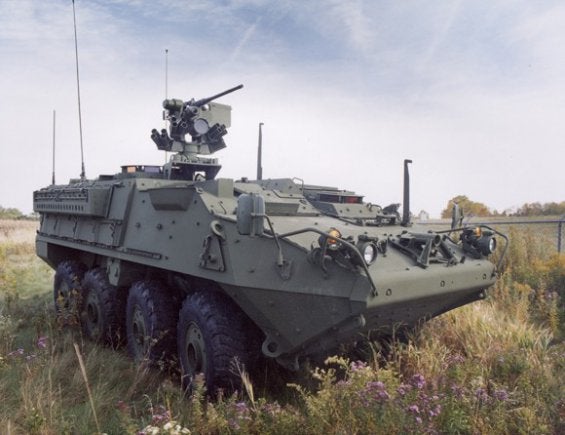 Raytheon's EXF1915 radio system has demonstrated its ability to securely transmit data between the US Army's Stryker combat vehicles over the past several months at an undisclosed location.

Enabling 4th Brigade 2nd Infantry Division Stryker Brigade Combat Team (4/2 SBCT) soldiers to send and receive email and other messages, as well as access the brigade's intranet-like web portal, the radio confirmed its ability to address the army's requirement for a tactical wireless internet through a vehicle-mounted mobile radio system.

The radio is an advanced variant of the enhanced position location reporting system (EPLRS), which has already been deployed to Afghanistan following tests at Fort Irwin in California, US.

"We've continually improved our radio technology and matured it to the point where we can offer a lower cost alternative for the thousands of already equipped army vehicles," Whatmough said.

"We've continually improved our radio technology and matured it to the point where we can offer a lower cost alternative for the thousands of already equipped army vehicles."

Commenting on the on the radio's capabilities, 4/2 SBCT commander colonel Michael Getchell added: "Prior to the installation of the EPLRS ES network, this level of upper TI (Tactical Internet) communications were limited to fixed tactical operations centers using the pre-existing infrastructure on FOBs (forward operating bases) and COPs (combat outposts) in the Panjwa'I District of Kandahar, Afghanistan," Getchell added.

EXF1915 facilitates high-speed IP network services for an entire brigade of Stryker and other combat vehicles, when connected with army's middle and upper-tier networks, enabling more choices and purchasing flexibility as the service intends to purchase a lower-tier networking radio system.

The army has acquired more than 28,000 EPLRS radio to date to provide 'on the move' networking capabilities to troops in the battlefield.

Image: The US Army's Stryker infantry fighting vehicle. Photo: courtesy of US Army.