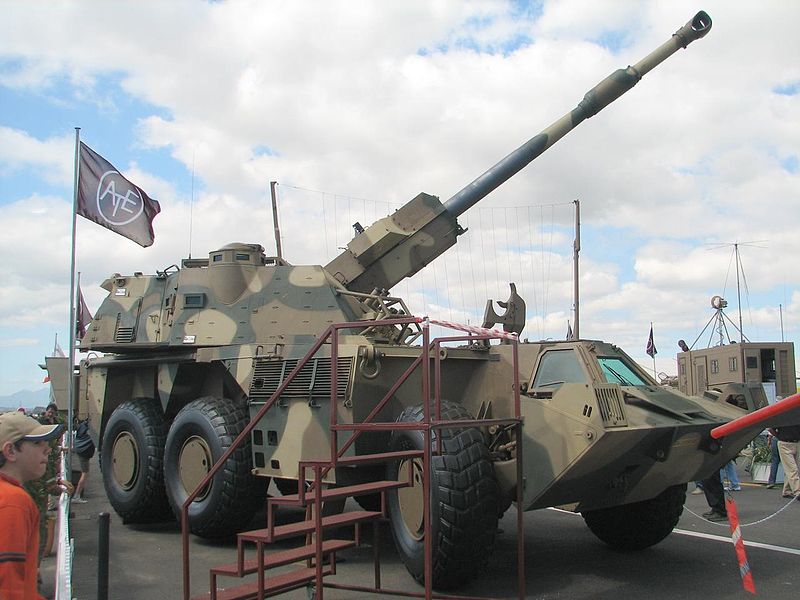 Raytheon has fired four rounds of Excalibur 155mm precision-guided artillery projectiles from a G6 self-propelled howitzer during field trials to demonstrate the weapon’s capability in the battlefield.

During the trials, multiple rounds of the Excalibur successfully landed within 5m of the target, following launch from a distance of 38km by Denel-manufactured howitzer.

Raytheon Missile Systems Excalibur programme director Kevin Matthies said the trials demonstrated that Excalibur can give a precision capability to G6 howitzers that can enhance the soldier’s defensive posture.

The weapon system has been demonstrated by the US Army in multiple scenarios, designed to defeat specific point targets at the tactical level, while avoiding damage to structures, non-combatants and friendly forces.

Also revealed in the demonstrations was that significantly fewer Excalibur rounds are required to destroy a target, reducing the logistics burden as a result.

Excalibur is an extended range precision-guided, autonomous artillery round designed to provide accurate, first round fire-for-effect capability to current and future 155mm howitzers in urban environments.

Using a jam-resistant global positioning system (GPS) aided inertial guidance and navigation technology, the weapon can precisely engage a target prior to availability of close air support, impacting at a radial miss distance of 6m from the desired aim point.

In addition, Excalibur features three fuse options, which includes height-of-burst, point-detonating, and delay/penetration and can be used in all weather conditions and terrain.

The system was deployed by the US Army and the Marine Corps to Afghanistan in 2011 to defeat fleeting and persistent targets.