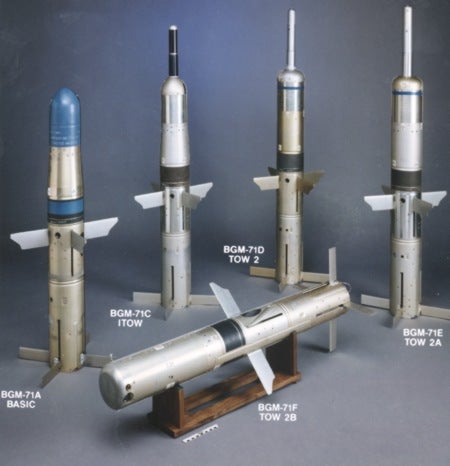 The developmental propulsion system doubled the missile’s range and decreased its flight time by one-third during the testing, thereby helping the missile to travel more than 7km and reaching 4km in less time.

Raytheon Missile Systems TOW programme director Scott Speet said the LBS technology enhances the missile gunner’s survivability by allowing them to engage targets outside the threat range of direct engagement systems and by reducing the time required for target tracking.

With the multi-mission TOW 2A, TOW 2B, TOW 2B Aero and TOW Bunker Buster missiles, the weapon system is a command line-of-sight system that requires the gunner to track the target until the missile impacts.

Capable of firing from ground systems, vehicles or helicopters, the missile has been used by the US forces in every conflict since Vietnam war and is also currently used in Afghanistan.

Image: The TOW family of anti-armour missiles can be fired from ground systems, vehicles or helicopters.