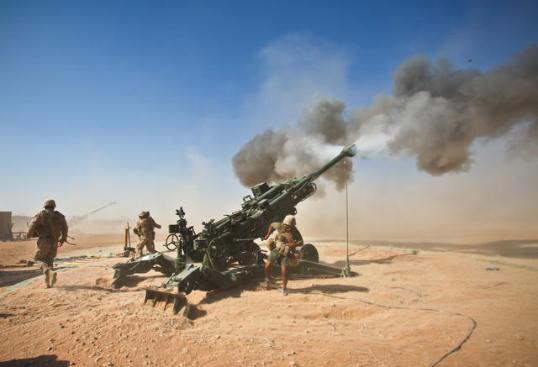 Raytheon has completed qualification flight tests of its Excalibur Increment b (Ib) precision-guided extended-range projectile at the US Army’s Yuma Proving Ground in Arizona, US.

Apart from confirming the projectile’s exceptional accuracy, with majority of the 84 rounds landing within two metres of the target, the testing also certified its stringent performance and safety requirements.

The projectile was qualified on the Swedish Archer 52-calibre weapons system, and the army’s Paladin and the Lightweight (LW) 155 howitzers.

"This updated round will provide the soldier in the field with greater range, increased accuracy and less collateral damage," Lohmeier said.

"This updated round will provide the soldier in the field with greater range, increased accuracy and less collateral damage."

The projectile is scheduled to undergo future testing this year, including the first article test, which will verify its production readiness.

Based on the combat-proven Excalibur Ia-1 and Ia-2 projectiles, Excalibur Ib is a 155mm precision-guided, extended-range projectile that uses GPS precision guidance to offer troops an accurate, first round, fire-for-effect capability in any environment.

Equipped with a non-spinning fixed and fewer parts, the projectile follows a simplified development approach compared with Excalibur Ia, to meet the army’s objectives for improved reliability at significantly reduced costs.

A reprogramming port is also present in the weapon to allow the operator to modify performance of the round, according to changing threats and emerging tactics.

A co-development programme between Raytheon and BAE Systems / Bofors, the Excalibur projectile has been designed to provide accurate, first round fire-for-effect capabilities to counter the existing and future 155mm howitzers in urban environments.

Image: US soldiers fire an Excalibur round from an M777 155mm howitzer in Helmand province, Afghanistan. Photo: courtesy of US Marine Corps.