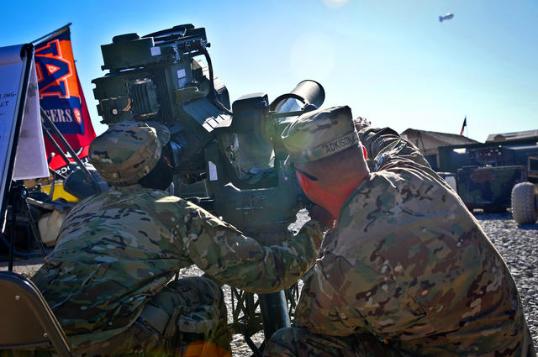 As well as achieving proof of concept, the system also demonstrated enhanced sensor performance and situational awareness during the testing, which was carried out in the presence of programme office personnel from the US Army’s Close Combat Weapons Systems, Army Aviation branch, and Missile Research and Development Engineering Center.

The trials also involved preliminary evaluation of the impact of firing all versions of the tube-launched optically-tracked, wire-guided (TOW) anti-tank missile.

"The FLIR enhancement programme provides soldiers with better clarity at all ranges."

"Implementing 3rd Gen ITAS FLIR improvements will continue to give our warfighters in the field an unfair advantage in the fight," Miller said.

An upgraded variant of the M220 TOW missile, ITAS is designed to provide army infantry, stryker brigade combat teams and marine corps with highly mobile, adverse-weather, day/night capability required for detection and engagement of long range threats in the battlefield.

Fitted with an eye-safe laser range finder, automatic boresighting, aided target tracker and built-in-test/built-in-test equipment (BIT/BITE), the system can be operated both in a man-portable configuration using a ground-mounted tripod or from a high-mobility multi-purpose wheeled vehicle.

Image: A US soldier looks through the scope of an improvised target acquisition system (ITAS) during training in Logar province, Afghanistan. Photo: courtesy of Zackary Root