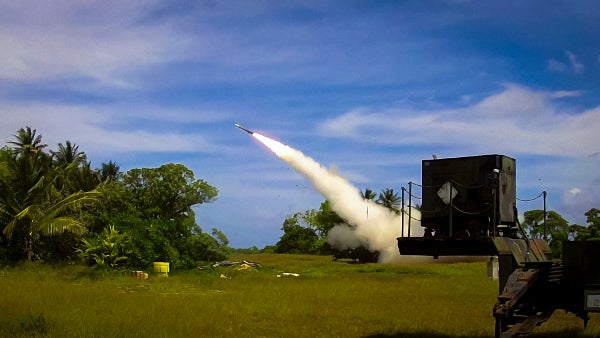 "Our customers have confidence in the Patriot systems they depend on to protect their nations from evolving threats.”

"Our customers have confidence in the Patriot systems they depend on to protect their nations from evolving threats."

An upgraded variant of the Patriot missile, the PAC-3 is an advanced, hit-to-kill air defence projectile weapon, designed to defeat a broad spectrum of incoming TBMs and cruise missiles, as well as aircraft and unmanned aerial vehicles (UAVs) by direct, body-to-body impact.

Jointly manufactured by Raytheon and Lockheed, the combat-proven Patriot missile is currently in service with 12 militaries worldwide, including the US, Egypt, Germany, Greece, Israel, Japan, Kuwait, the Netherlands and Saudi Arabia.

Raytheon serves as the prime contractor for Patriot air and missile defence systems, and is also the system integrator for PAC-3 missile.