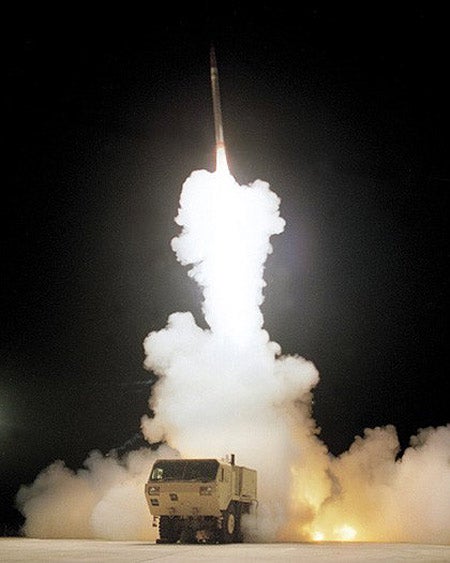 The US Defense Security Cooperation Agency (DSCA) has notified Congress of a potential foreign military sale (FMS) of terminal high-altitude area defence (THAAD) missiles and fire units to the UAE and Qatar respectively.

The second sale for the UAE, estimated at $1.135bn, covers the supply of 48 THAAD missiles, nine launchers, test components, repair and return, support equipment, spare and repair parts, personnel training and training equipment and other elements of logistics support.

"Equipment sold will boost Qatar and UAE’s capabilities to combat a wide range of existing and future threats in their respective regions, while lowering dependence on US forces."

Equipment sold will boost Qatar and UAE’s capabilities to combat a wide range of existing and future threats in their respective regions, while lowering dependence on US forces.

The FMS is also expected to contribute to US foreign policy and national security by enhancing regional security of two friendly countries in what has become an increasingly unstable region.

Lockheed Martin Space Systems and Raytheon will serve as prime contractor and sub-contractor for both programmes.

Developed by the Missile Defense Agency (MDA), the THAAD missile is designed to intercept and destroy short, medium and intermediate ballistic missiles, using hit-to-kill technology and is capable of engaging ballistic missiles at both endo and exo-atmospheric altitudes.

THAAD represents a key element of the US ballistic missile defence system (BMDS) to protect the nation and its deployed forces and allies from ballistic missile threats of all ranges during all phases of flight.