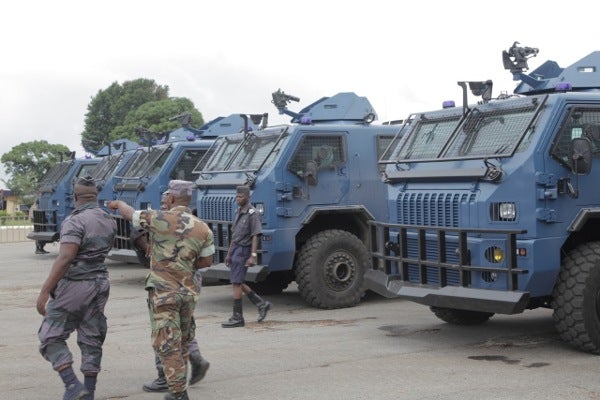 Paramount Group delivered a fleet of ten Maverick Internal Security Vehicles to the Government of Gabon for deployment as public order vehicles during various stages of this year's Africa Cup of Nations football tournament.

The tournament faced potential security issues following the Arab Spring uprisings of 2011 in North Africa, and the possibilities of terrorist attacks.

"Their successful use at the Africa Cup of Nations helped ensure the competition passed off peacefully," Ichikowitz added.

Powered by a MAN engine or a diesel power plant, the vehicle can carry ten people in addition to two crewmembers along with their kits and various types of military equipment, including anti riot gear, surveillance equipment, water cannons, and bomb disposal robots.

Having a payload of 5,000kg, Maverick has a turning radius of 16.5m, which makes it very agile and manoeuvrable and therefore suitable for operations in both urban and rural areas.

The Paramount Group is already trialling the Maverick with other police and internal security forces who also have similar needs.
According to the company, the successful deployment of the Mavericks at the football tournament will push other nations to consider their own internal security needs.

Image: The Maverick Internal Security Vehicles purchased by the government of Gabon.