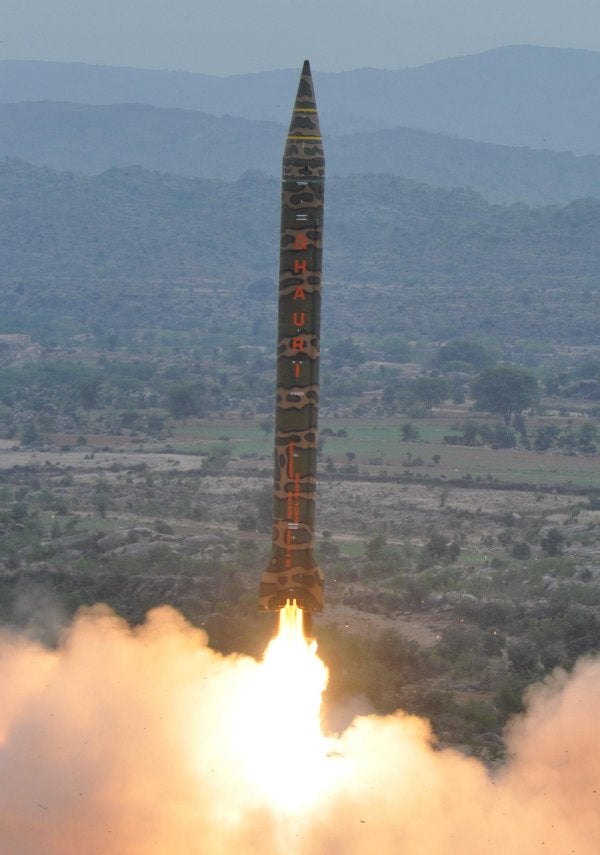 The test-firing was conducted at an undisclosed location by the Strategic Missile Group at the end of ASFC’s annual field training exercise, which was aimed at validating the command’s operational readiness.

"Proficient weapon system handling and high-accuracy was demonstrated by ASFC personnel during the training launch."

Proficient weapon system handling and high-accuracy was demonstrated by ASFC personnel during the training launch, the statement added.

Developed by Khan Research Laboratories (KRL) under the Pakistani-integrated missile research and development programme, the Hatf-V is a single-stage liquid fuel rocket motor-propelled ballistic missile, capable of carrying both 700kg conventional and nuclear warheads at a range of 1,300km.

Claimed to be a variation of North Korea’s Rodong-1 missile, Ghuari has been manufactured into two variants, Ghauri-I and Ghauri-II, which have a maximum range of 2,000km.