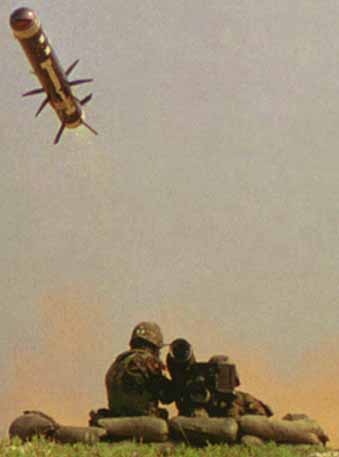 The US Defense Security Cooperation Agency (DSCA) has notified Congress of two potential foreign military sales (FMS) of the Javelin anti-tank missile and associated equipment to Oman and Indonesia.

Equipment from the potential sale would enhance the Oman Armed Forces’ ability to address existing and future threats, and increase security of the country’s critical oil and natural gas infrastructure, as well as strengthen homeland defence.

Acquired as part of the Indonesian Army’s military upgrade programme, the Javelin missiles will provide capabilities for defeating potential threats and protect its sovereign territory.

Javelin Joint Venture (JJV), a consortium of Raytheon and Lockheed Martin Missiles and Fire Control, located in Orlando, Florida and Tucson, Arizona, US, will serve as prime contractor for both FMS programmes.

Equipped with an automatic self-guidance, the FGM-148 Javelin is a portable, shoulder-fired anti-tank guided missile, suited for a one soldier operation against existing and future threats from armoured combat vehicles in all environments.

Block 1 Javelin missile features an improved rocket motor to lower flight time, an enhanced warhead to defeat a broad spectrum of targets, as well as greater probability of hit/kill and improvements to the command launch unit and software.

The missiles were deployed by the US Army, Marine Corps and Australian Special Forces during the Iraq conflict in 2003 and are currently operational in Afghanistan.