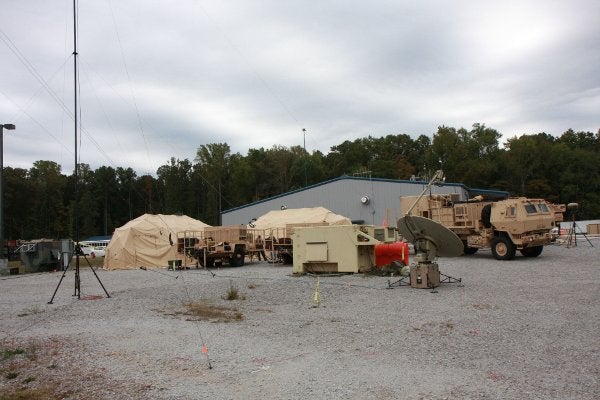 Carried out using IBCS software and hardware components, the demonstration intended to highlight the IBCS tactical air defence planner and IBCS graphical user interface (GUI), which will replace the existing seven disparate planning tools used by air defenders, in order to determine how to optimise sensors and weapon systems for best assets protection.

The IBCS was operated by the 108th Air Defense Artillery Brigade and First Armored Division personnel during the demonstration, which served as the platform for execution of detailed test plans, procedures, processes and data collection plans for the system's forthcoming developmental and operational testing.

"With IBCS, Northrop Grumman aims to deliver a common battle command system for all army air defense components to help save lives."

Redstone Arsenal Missiles and Space program executive officer brigadier general Neil Thurgood said: "This very successful demonstration marks a significant event in the history of not only the IBCS programme, but also the future path and warfighting doctrine of our army."

Both Northrop and the US Army also collected significant feedback for the iterative prototyping and user assessment cycles of the IBCS warfighter-centred development process.

The development testing of IBCS engagement operations centres, tactical integrated fire control network relays with net-enabled air and missile defence sensors and weapons to conduct engagements against multiple threats is scheduled to be carried out at White Sands Missile Range in New Mexico, IS, in late 2014.

The ICBS programme is set to enter into low rate initial production in 2016, followed by fielding in 2017.

Image: IBCS engagement operations centres and fire control network relays during US Army demonstration at Redstone Arsenal in Alabama, US. Photo: courtesy of US Army.