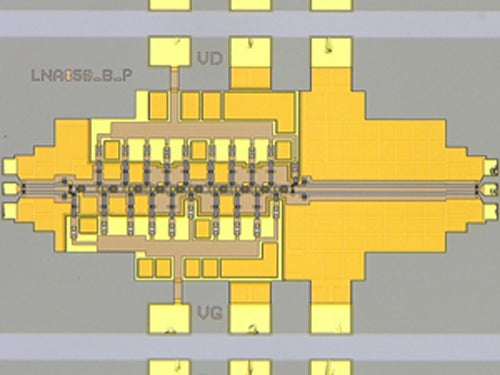 Northrop Grumman has developed and demonstrated an 850GHz integrated receiver under the second phase of the US Defense Advanced Research Project Agency’s (DARPA) Terahertz Electronics programme.

The milestone brings Northrop closer to becoming the first company to reach the US Department of Defense’s (Dod) goal of producing transistor-based electronics, which are capable of operating at more than one terahertz (THz) frequencies.

The company has already developed a terahertz monolithic integrated circuit as part of the programme’s phase 1 in 2010, which operated at 670GHz (0.67 trillion cycles/sec), in addition to producing and testing low-noise amplifiers and power amplifiers.

"Success in the initial phase led to a $12.5 million contract, bringing the total value of the program to $28 million," Dr Deal added.

Image: Development of 1.03THz integrated circuits will provide US soldiers with an advantage in RF spectrum. Photo: courtesy of DARPA.

The Military Radar Market in India to 2024: Market Brief