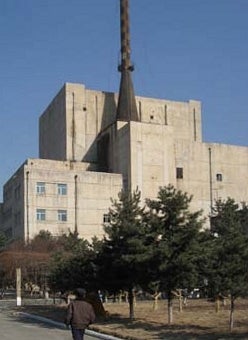 A North Korea General Department of Atomic Energy spokesman was quoted by state-run KCNA news agency as saying that the move was aimed at bolstering the country’s ‘nuclear armed force both in quality and quantity’, and also to solve its widespread electricity shortage problems.

The plans include the readjustment and reactivation of all facilities at the main Yongbyon nuclear complex, including a uranium enrichment plant and a 5MW graphite moderated reactor, the spokesman added.

"The move reaffirms Pyongyang’s commitment to expand its nuclear arsenal."

Considered as the sole source of plutonium for North Korea’s nuclear weapons programme, the Yongbyon reactor was mothballed as part of a disarmament-for-aid accord, reached in six-party talks between Pyongyang, China, South Korea, Japan, Russia, and the US in July 2007.

Rebuilding the reactor is expected to take six months, with experts estimating the the reactor capable of developing plutonium equal to one atomic bomb on an annual basis once fully operational.

The announcement has attracted sharp criticism from international community with White House spokesman Jay Carney saying the decision marks ‘another indication’ of North Korea ‘violating its international obligations’, while the country’s close ally China labelled the action to be ‘regrettable’.

The US is reported to have deployed its Arleigh Burke-class guided-missile destroyer, USS John S McCain, and the Sea based X-Band Radar-1 (SBX-1) system to Japan to track and destroy any launched North Korean ballistic missiles.