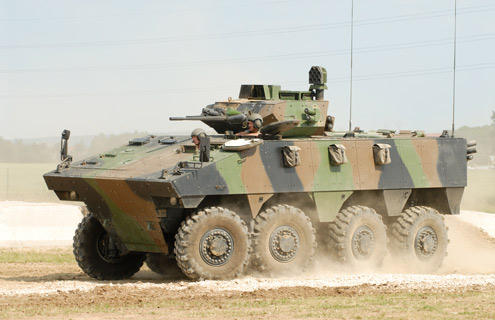 Delivered by a consortium of Nexter Systems and Renault Trucks Defense, the vehicle represents the 500th VBCI to have been delivered as part of a contract that includes supply of a total of 630 vehicles.

Powered by a Renault 550hp turbocharged diesel engine, VCBI is a wheeled IFV designed to safeguard infantry units against a broad spectrum of ballistic threats, such as improvised explosive devices (IEDs) and rocket-propelled grenades (RPG) in the battlefield.

"The vehicle entered operational service with the French Army as a successor to the AMX10P armoured personnel carrier in 2008."

The vehicle has extensively been used by the French Army during operations in Afghanistan and Lebanon in 2010, as well as in Mali since the start of this year.

Shipments of VPC variants, which are fitted with EADS-built regimental information systems (SIR), was completed in May 2013, while the final vehicle under contract is set for delivery by 2015.

Including development and pre-production, the total cost of the VBCI programme is expected to around €2.86bn.