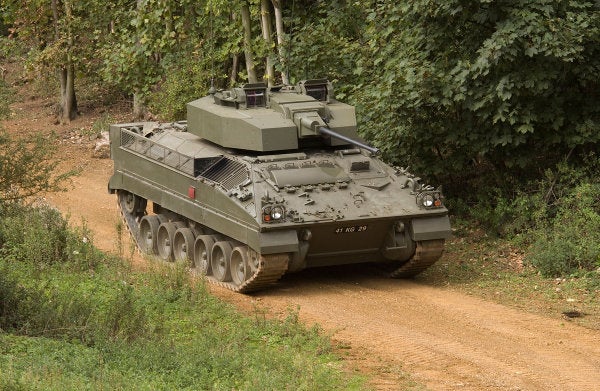 Under the undisclosed contracts, both companies will be responsible for vehicle design and electrical system supplies from their respective facilities in Nuneaton and Cheltenham, UK.

MIRA and Ultra Electronics have served as the Warrior power distribution partner since 2007.

"By entering into these agreements, we are securing jobs and providing a positive impact to our subcontractor and supplier base," McCormick added.

"By entering into these agreements, we are securing jobs and providing a positive impact to our subcontractor and supplier base."

About 20 MIRA and Lockheed engineers will collaborate on the vehicle’s mechanical and electrical design, as well as the systems integration and testing programmes under the contract.

The company has already completed FCC development and testing, and is scheduled to hand over the initial units to Lockheed in early 2013.

Lockheed is expected to select 20 WCSP key suppliers, which will be supported by several subcontractors as the programme advances.

The WCSP is designed to improve the UK Army Warrior armoured fighting vehicle (AFV) fleet’s combat capabilities and survivability to help extend its out-of-service date (OSD) to beyond 2040.

Lockheed secured a £642m contract in October 2011 to design and manufacture the demonstration vehicles, and also their compliance with the WCSP system requirements document (SRD).