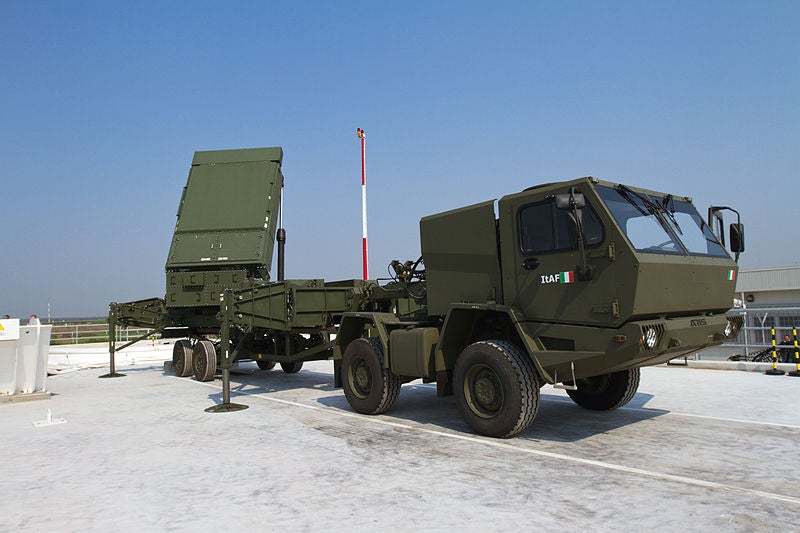 The medium extended air defence system (MEADS) has demonstrated its 360° air and missile defence (AMD) capabilities through simultaneous destruction of two targets attacking from opposite directions, during testing at White Sands Missile Range in New Mexico, US.

During testing, the surveillance radar acquired both targets, which included a QF-4 air-breathing target and Lance missile, approaching from south and north and provided target cues to the MEADS battle manager.

The battle manager then generated cue commands for the MFCR, enabling it to successfully track both targets and guide missiles from Italian and German configuration launchers for successful intercepts.

"MEADS technology can now be leveraged as mature, network-ready battle management, sensors and launchers to achieve the networked AMD capabilities envisioned by Germany, Italy and the US."

”MEADS technology can now be leveraged as mature, network-ready battle management, sensors and launchers to achieve the networked AMD capabilities envisioned by Germany, Italy and the US,” Kee said.

Designed by MBDA Italia, the MEADS is a next-generation, ground-mobile air and missile defence system developed to protect troops and critical assets against threats, such as tactical ballistic and cruise missiles, as well as aircraft and unmanned aerial vehicles (UAVs) in the battlefield.

The programme is managed by MEADS International, which is a joint project between German LFK, MBDA Italia and US-based Lockheed Martin.