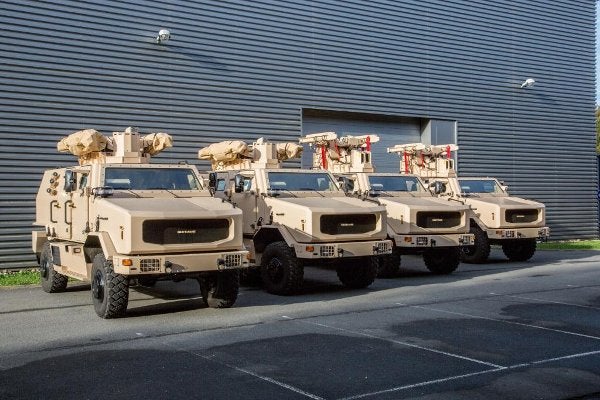 MBDA has successfully completed the integration and factory acceptance testing of the first multi-purpose combat vehicle (MPCV) designed to operate the Mistral surface to air missile, marking a significant step forward towards delivery to an undisclosed customer.

Carried out at an undisclosed location, the testing involved several Mistral firings, including engagement in only a few seconds, of two targets approaching simultaneously from two different directions, confirming the vehicle’s ability to counter a saturating attack.

Representing the first MPCV production batch, the vehicles are scheduled to be handed over to the customer before the end of 2013, as part of the contract signed in February 2011.

Aimed at air defence, the vehicle features a motorised and stabilised turret, which includes electro-optical (EO) sensors, a small calibre gun, as well as four, ready-to-fire Mistral missiles with four more stored in the vehicle for re-loading.

MBDA’s CEO Antoine Bouvier said the MPCV was self-funded by the company, and was developed in four years.

"The MPCV was self-funded by the company, and was developed in four years."

”It then took less than three years after the signing of the first contract to integrate the systems on a vehicle chosen by the end customer, deliver at the agreed date and implement a technology transfer under which the customer will be able, in complete autonomy, to keep its equipment in operational condition,” Bouvier said.

Manufactured in collaboration with Rheinmetall Defence Electronics (RDE), the MPCV is designed to address emerging requirements for a highly mobile weapon system that can be modified for varied missions, either air defence or land combat, based on the type of missiles operated.