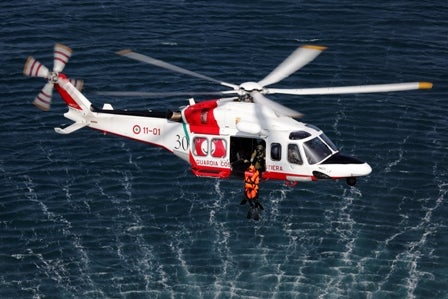 AgustaWestland has been awarded a contract for delivery of a AW139 medium-sized twin-engined helicopter to the Armed Forces of Malta (AFM).

Awarded as part of an ongoing plan to strengthen the AFM’s operational capabilities, the contract covers delivery of a single helicopter, alongside an option for two additional aircraft, an integrated logistic support (ILS) package and training of ten pilots, including four students and 20 technicians.

The helicopters are scheduled to operate in maritime border patrol and search and rescue (SAR) missions.

AgustaWestland International Government Business Unit senior vice-president Marco Acca said: ”The AW139 has demonstrated yet again after an extensive evaluation that it is best-in-class; delivering unmatched capability, performance and value for money when compared to other competing models.”

"The AW139 has demonstrated yet again after an extensive evaluation that it is best-in-class."

The helicopter, with a flying speed of 165k, features a low acoustic signature, integrated mission avionics and a full ice protection system to complete missions in demanding environments.

The Maltese helicopters are scheduled to be supplied with an advanced maritime patrol and SAR mission equipment package, including a high-definition forward-looking infrared (FLIR) system, search/weather radar, cabin mission console and a searchlight and satellite communication system.

Additional equipment will include a four-axis autopilot with SAR modes, naval transponder, external rescue hoist, as well as a four bag floatation system.

The helicopter is currently operating in Italy, Spain, Estonia, Japan, Republic of Korea, Malaysia, UK and US, amongst others.

Delivery of the first helicopter is scheduled to take place before June 2014, while the remaining two AW139s, if acquired, will be delivered by 2015.

Image: An AW139 medium-sized twin-engined helicopter during its flight. Photo: copyright of AgustaWestland.