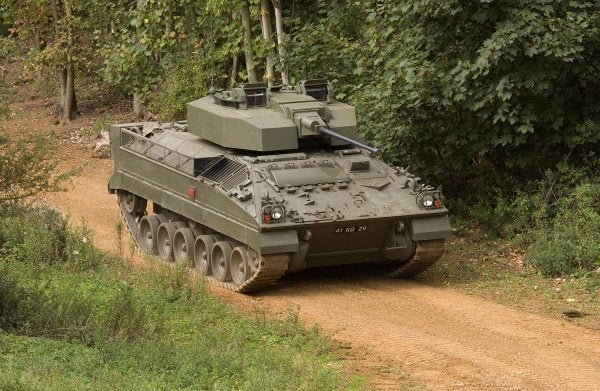 Lorica Business Development head Tim Vaughan said the company was pleased with its selection, but still had tough competition from some big companies.

If selected for the programme, Lorica will demonstrate its armour's ability to efficiently integrate and match the turret profile, simultaneously addressing the project's key requirements to address future threat levels and challenging weight targets.

Valued at £1bn, the WCSP is designed to enhance the British Army Warrior armoured fighting vehicle (AFV) fleet's combat capabilities and survivability to help extend its out-of-service date (OSD) to beyond 2040.

Lockheed received a £642m contract from the MoD in October 2011 to design and manufacture the demonstration vehicles, as well as demonstrate their compliance with the WCSP system requirements document (SRD).

"If selected for the programme, Lorica will demonstrate its armour's ability to efficiently integrate and match the turret profile."

Under the 2011 contract, Lockheed will perform a wide range of upgrades and enhancements on the existing vehicle, including integration of a stabilised CT40 cannon with a modern digital fire-control system, and open electronic architecture (EA), as well as improved armour protection with significant cost-savings.

Powered by a Perkins V-8 Condor diesel engine, the Warrior tracked vehicle has been designed to replace the UK Army's ageing FV430 series of armoured vehicles, which were made in the 1980s.

The vehicle was deployed by the army during Operation Desert Storm and 2003 Iraq conflict, as well as in support of UN missions in Bosnia and Afghanistan.