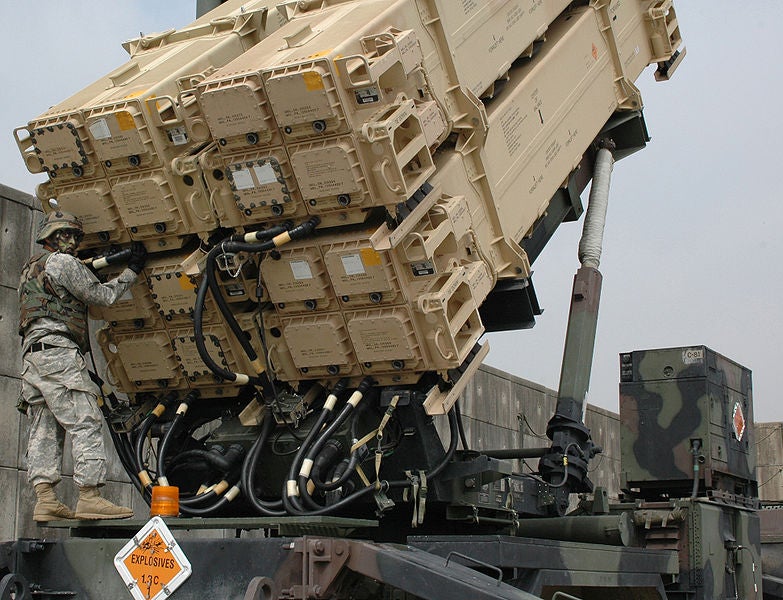 The second TBM target was successfully engaged by a ripple launch of two PAC-3 missiles during the trials, achieving all test objectives.

"With each successful test, the PAC-3 Missile adds to its legacy of proven performance."

Three additional PAC-3 missiles are scheduled to undergo operational testing in the second half of 2012, which also include flight tests to demonstrate the missile segment enhancement (MSE) capability in both the Patriot and Medium Extended Air Defence System (MEADS).

Image: A US Army soldier conducting a maintenance check on a PAC-3 MSE missile launcher. Photo: courtesy of Lyta79.