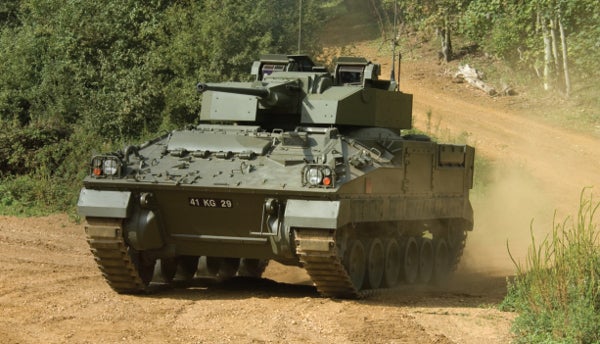 Research engineers at the University of Surrey have developed a new method for enhancing the protection and survivability of armoured vehicles used by the UK Army and Special Forces, as part of a teaming agreement with Lockheed Martin UK (LMUK).

The method is designed to improve adhesive binding capabilities of ceramic materials, which are increasingly replacing steel in armour plating due to less weight and increased resistance to penetration by hostile weaponry in the battlefield.

LMUK Ampthill facility design head Steve Burnage said: "The reduction in weight of armoured vehicles is an increasingly important requirement for the army as it looks for the ability to more rapidly deploy an agile force into regions of conflict."

Even though ceramics offer increased combat protection compared with traditional metallic armour, the advantage has been bargained by weakness in adhesive bonding that connects ceramic plates to their backing.

“The reduction in weight of armoured vehicles is an increasingly important requirement for the army as it looks for the ability to more rapidly deploy an agile force into regions of conflict.”

The treatment demonstrated its ability to improve the bond strength of both aluminia and silicon carbide ceramics to composite backing to increase vehicles and crew protection against attacks in hostile environments during testing.

Increased bond strength enabled the panel to retain 14.5mm armour-piercing incendiary intact when it was fired under a multi-hit environment.

”Key to achieving a step change in performance, proven in tests, has been the pre-conditioning of the ceramic surfaces, prior to bonding onto the support structure,” Harris added.

In addition from military vehicles, the technology is also expected to have potential application in space systems that use ceramic tiles to safeguard vehicles against the atmospheric re-entry effects.