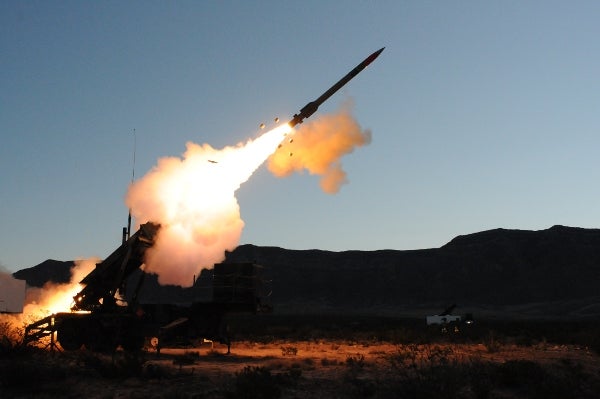 The flight test involved ripple fire engagement of two PAC-3 missiles resulting in target destruction by the first interceptor, while the second missile self-destructed on command as planned.

The US Army Aviation and Missile Command (AMCOM) awarded a contract to the company last week to continue PAC-3 missile production, including 244 hit-to-kill PAC-3 missiles, 72 launcher modification kits, associated tooling and programme management services delivery for the US and Kuwait.

"PAC-3 continues to draw significant interest from a number of international customers."

The $308m contract represents the first foreign military sale (FMS) of the PAC-3 missile to Kuwait.

Jointly manufactured by Raytheon and Lockheed, Patriot is currently operational with 12 nations worldwide, including the US, Egypt, Germany, Greece, Israel, Japan, Netherlands and Saudi Arabia, and has already proved its effectiveness during Operation Iraqi Freedom in 2003.

Image: a PAC-3 missile being fired during an integrated flight test at the Utah Test and Training Range, US, in 2012. Photo courtesy of Lockheed Martin.