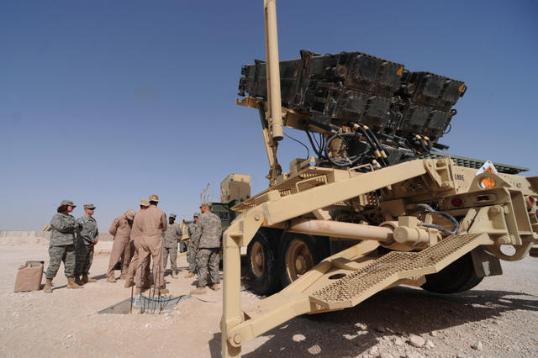 The US Army Aviation and Missile Command (AMCOM) has awarded a contract modification to Lockheed Martin for the supply of hardware and associated services for the patriot advanced capability-3 (PAC-3) missile segment programme.

Besides missile and command launch system production for the US Army in the fiscal year 2013, the contract represents the first foreign military sale (FMS) of the PAC-3 missile to Kuwait.

The $308m contract also marks the 14th production acquisition of the PAC-3 missile segment by the US government.

Under the contract, the company will manufacture and supply 244 hit-to-kill PAC-3 missiles, alongside 72 launcher modification kits, associated tooling and programme management services.

”Kuwait’s purchase of PAC-3 Missiles will provide its defense forces with a superior air and missile defense capability,” McDaniel said.

Kuwait becomes the sixth international customer to purchase the PAC-3 missile after Germany, Japan, the Netherlands, Taiwan and the UAE.

Manufacturing work will be carried out at the company’s facilities in Texas, Massachusetts, Florida and Arkansas, US, while deliveries are scheduled to commence in 2014.

Image: US personnel receive a briefing on the capabilities of PAC-3 missile launcher at an undisclosed location in south-west Asia. Photo: courtesy of Sgt. Michelle Larche.