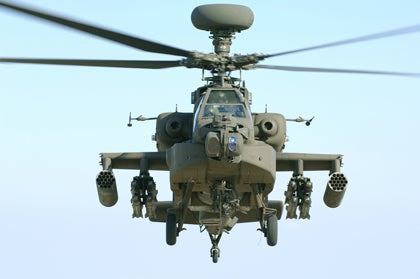 The delivery of the five system design and development (SDD) M-DSA LRFD units follows the $17m contract received by the company in 2008 to modernise the Apache's legacy Day Sensor Assembly (DSA) and associated electronics.

The LRFDs help to improve targeting by providing pilots with accurate range data for aiming and also designate an aim point by means of a laser for the Hellfire II missiles.

US Army Apache Sensors deputy product manager Wayne Hudry said: "The LRFD provides an improved tactical laser that supports future weapons, as well as an eye-safe laser that provides soldiers the capability to train like they fight."

The first phase of the contract is aimed at resolving obsolescence issues and increasing the M-TADS/PNVS ability to fully accommodate weapons that are currently under production.

Lockheed Martin M-TADS/PNVS programme director Matt Hoffman said: "The fully modernised M-TADS/PNVS will significantly enhance situational awareness for the Apache crews, and be a decisive factor in the successful execution of their missions."

The M-TADS/PNVS, also called Arrowhead, is the advanced electro-optical fire control system operational with the army since 2005 and provides Apache pilots with advanced targeting capability for conducting day, night and adverse-weather missions.

The Arrowhead modules replace the army's legacy TADS/PNVS hardware using a field retrofit kit that can be installed at the flightline.