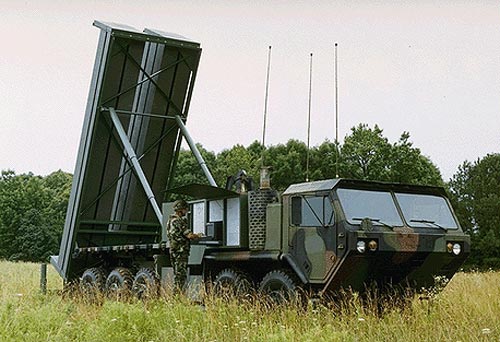 Lockheed Martin has delivered all hardware and components associated with the US Army’s first Terminal High Altitude Area Defense (THAAD) radar weapon system located at Fort Bliss in Texas, US.

The company delivered the 24th interceptor for the first battery (A1-ADA) in December 2011, thereby completing all deliverables for the first fire unit.

The army activated the first battery in May 2008 and has been training while awaiting delivery of a full complement of missiles.
The second THAAD battery (A-2 ADA) was activated in October 2009 and the army plans to activate a third battery in late 2012.

The THAAD programme has successfully completed 12 flight tests, with nine-for-nine intercepts since 2005.

The latest operational test was conducted at the Pacific Missile Range Facility in Kauai, Hawaii, by THAAD soldiers from Alpha-4 (A-4), 11th Air Defense Artillery Imperial Brigade of the 32nd Army Air and Missile Defense Command.

Developed by the US Missile Defense Agency (mda), the THAAD missile system is designed to intercept and destroy short, medium and intermediate ballistic missiles using hit-to-kill technology and is capable of engaging ballistic missiles at both endo- and exo-atmospheric altitudes.

THAAD is a key element of the US Ballistic Missile Defence System (BMDS) and is designed to defend the nation and its deployed forces and allies against ballistic missile threats of all ranges during all phases of flight.