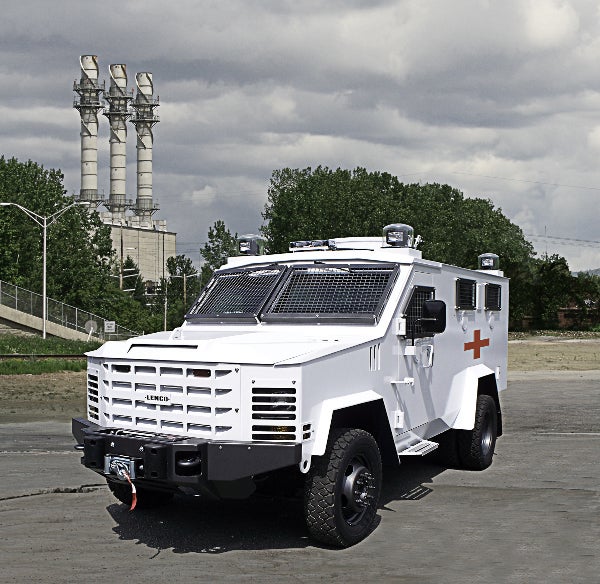 BearCat MedEvac LE is specifically designed to address the combined requirements of Special Weapons and Tactics (SWAT) and Tactical EMS teams, while BearCat MedEvac MIL is for tactical combat casual care (TC3) within the defence sector.

"The vehicles are capable of providing operators with a safe and effective environment for handling trauma cases."

In addition to oxygen tanks, a lighted work station, and compartments for medical supplies and gear storage, the vehicles feature a roof hatch with a gunner’s stand, gun ports, and a radio compartment work station for communications to address non-medical requirements.

Due to the use of a heavy-duty commercial truck platform, the vehicles’ warranty-covered repairs, maintenance service, and parts replacements can be performed at most original equipment manufacturer (OEM) dealers, truck centres, and retail parts stores, lowering maintenance costs and eliminating the need for speciality service, according to Lenco.

With each variant equipped for specific customer requirements, the BearCat family is in use with the US Army, Navy, Air Force, Marine Corps Security Force Regiment, as well as US federal law enforcement agencies, such as the US Department of Energy, US Park Police, and Kennedy Space Centre – Emergency Response Team.

The Police Modernization Market in the United States to 2025: Market Brief