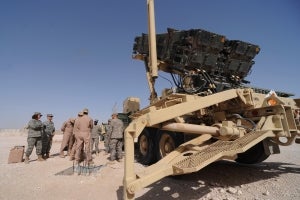 The US Defense Security Cooperation Agency (DSCA) has notified US Congress of a potential foreign military sale (FMS) of Patriot advanced capability (PAC-3) missiles and associated equipment to Kuwait.

The potential sale will enable the country, which already has PAC-3s, to improve its missile defence capability further, strengthen its homeland defence, and counter increasing and emerging regional threats.

The sale will boost Kuwait's interoperability with the US and its allies, as well as contributing to the foreign policy and national security of the US by helping to improve the security of its Middle Eastern ally.

"The sale will boost Kuwait's interoperability with the US and its allies."

Raytheon and Lockheed Martin will serve as principal contractors for the FMS programme.

Patriot is currently in service with the US, Egypt, Germany, Greece, Israel, Japan, Netherlands and Saudi Arabia.