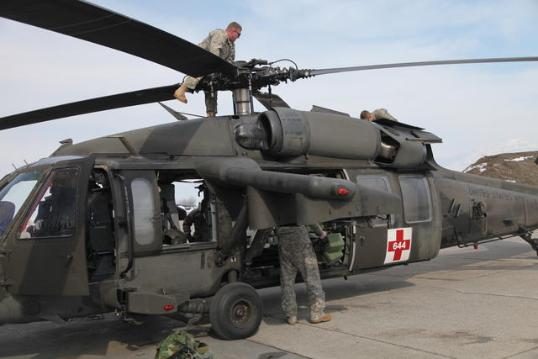 Kratos Defense & Security Solutions has been awarded a contract for development and delivery of the UH-60 Black Hawk medical evacuation (MEDEVAC) air crew training systems to the US Army.

Under the multi-million dollar contract, the company will supply unspecified units of simulated full-fidelity medical support equipment suites (MSES), to help the army train its flight medic students for operation of all on-board systems.

Capable of replicating the confined environment of the air ambulance, the MSES is designed to train flight medics in provision of treatment, stabilisation and in-flight medical care to the critically injured or ill personnel during transportation aboard the air ambulance.

"The MSES is designed to train flight medics in provision of treatment, stabilisation and in-flight medical care to the critically injured."

Specifically, the system will deliver an authentic training environment to participants for communication, patient loading and unloading, and patient care, simultaneously meeting obstruction issues under day, night and night vision goggle (NVG) conditions, which might be encountered in combat conditions.

Work under the contract will be carried out under a subcontract to USfalcon for scientific, professional and other technical services.