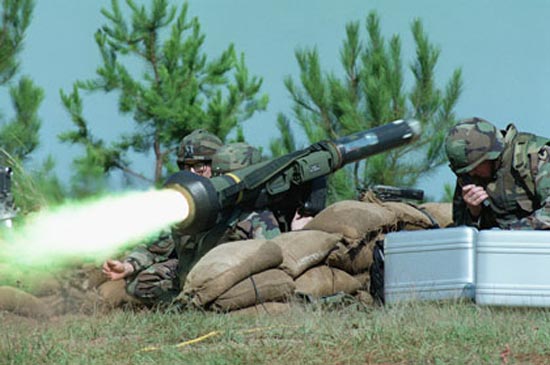 The Javelin surface-to-air missile has demonstrated its ability to engage targets beyond the existing maximum range during a series of US Army tests.

During testing at Eglin Air Force Base in Florida, US, targets located at a distance of up to 4,750m away were successfully acquired and engaged by the missile.

Extended range performance of the weapon is expected to further improve survivability of the dismounted Javelin gunner during combat operations.

"These tests prove that, under favourable conditions, Javelin can have reliable, solid performance as a close-combat weapon system well beyond the current maximum range requirement of 2,500m," Gooden said.

"These tests prove that, under favourable conditions, Javelin can have reliable, solid performance as a close-combat weapon system well beyond the current maximum range requirement of 2,500m."

"The results of these tests indicate the fire-and-forget Javelin missile can potentially be used in both vehicle and dismounted roles," James said.

Equipped with a lock-on before launch and an automatic self-guidance, the FGM-148 Javelin is a man-portable, shoulder-fired anti-tank guided missile, designed to safeguard dismounted infantry against existing and future threats from armoured combat vehicles in all environments.

Capable of engaging helicopters in direct-attack mode in theatre, the missile can be fired from the shoulder or from a vehicle-mounted lightweight multiple launcher (LML).

Approved for foreign military sales to 12 foreign countries, the missile has been extensively used by the US Army and Marine Corps during the Iraq conflict in 2003 and also in Afghanistan.