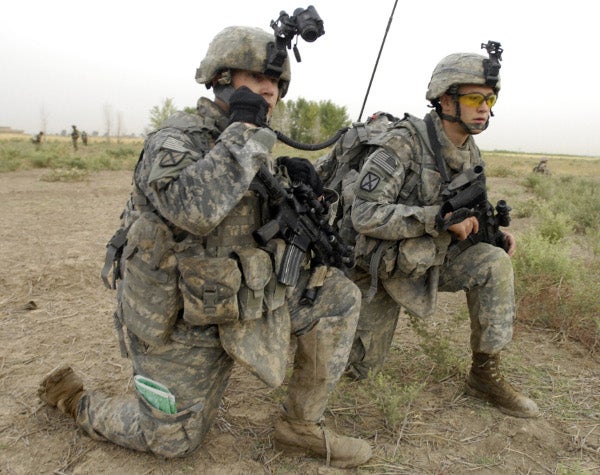 ITT Exelis has received a contract for the delivery of different configurations of its SpearNet ultra high-frequency (UHF) radio systems to an undisclosed international country.

Under the terms of the $11.6m direct commercial deal, the company will supply several units of SpearNet radios in both vehicular-mounted and soldier-wearable configurations, as well as ancillaries and spare parts to the customer.

ITT Exelis night-vision and tactical communications systems president and general manager Nick Bobay said: "The addition of SpearNet to our customer’s already robust capabilities provides an overwhelming communications advantage in the ability to move large amounts of data across the battlefield."

Weighing less than 700g, the SpearNet team member radio is designed to provide soldiers with large amounts of voice, data and video communications over a self-forming and self-healing ad hoc network, improving their situational awareness (SA) in the battlefield.

The high-throughput, portable radio is capable of offering integrated GPS with SA reporting, and data transfer at up to 100-1500Kbps across dismounted networks covering 6km, even in tunnels, fast moving vehicles, ship cargo holds, as well as buildings.

"The addition of SpearNet to our customer’s already robust capabilities provides a communications advantage in the ability to move large amounts of data across the battlefield."

The AES 256-bit encrypted Mobile ad hoc networking (MANET) radio can also be configured as an Internet Protocol version 4 (IPv4) router to facilitate seamless interconnection of IP compliant computers, sensors, cameras, as well as other tactical networks in the theatre.

Delivery schedule has not been disclosed by the company.

Image: Radios help provide intelligence capability to troops and enhancing communications even in hostile terrains. Photo: courtesy of US Department of Defense.